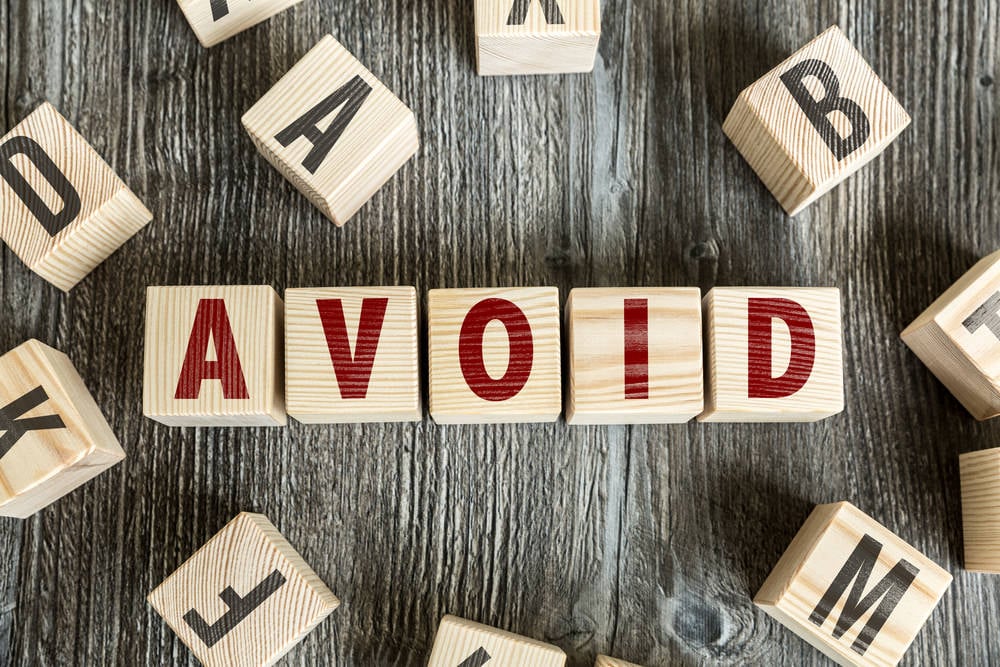 I never wanted tenuous sobriety that was dependent on me avoiding all situations, places and persons where drinking was involved.  After all, if I can’t stay sober around some people having a glass of wine, my sobriety sucks.  Moreover, my sobriety days would be numbered.

In fact, I like that I have solid enough sobriety where I can go to pretty much any event where there’s drinking AS LONG AS the main reason for the event is NOT getting drunk.

The short answer to whether you must avoid drinking situations to stay sober, if you want one based on AA literature, is NO.  The Big Book addresses this specifically and the suggestion is if there’s a reason other than drinking to be there, by all means be there.  This is exactly my view on the matter.

The only events and situations I avoid are those where the main purpose is to get drunk.  This could be in a bar, at somebody’s home or elsewhere.

On the flip side, I don’t specifically avoid pubs and bars.  I go once in a while to a pub or bar with friends and my wife who enjoy a cocktail or late night drink.  I have a non-alcoholic beverage.  My friends/wife aren’t there to get drunk.  They just want a drink.

But I’m 9.5 years sober … should newcomers in recovery avoid situations where alcohol is consumed?

Yes and no.  If you are white knuckling it and/or in a serious funk, it’s best to avoid drinking situations as best as you can.  This need not be permanent.  In time, as your sobriety improves, you’ll start feeling comfortable in situations where alcohol is consumed.  It just kind of happens … at least it did for me.

Don’t use “there’s alcohol there” as an excuse

I’m an introvert and I can use my alcoholism as justification for avoiding social situations with the best of them.  This is dumb and cowardly behavior.  I admit I’ve used “there’s alcohol there” as an excuse to avoid going to events … but I don’t anymore UNLESS the main reason people are congregating is to get drunk.

If you truly believe the event is not one conducive for a recovering alcoholic, then by all means decline an invitation.  If it’s an event you’d otherwise attend, but are having a pity party and don’t feel like going at the last minute, don’t use the “alcohol” excuse.  Sure, don’t go if you dont’ want to, but don’t give a false excuse … after all recovery requires rigorous honesty.

Examples of situations I would avoid

The point is you have to assess each situation.  Sometimes, even if you don’t expect a situation not to involve too much alcohol, it happens.  When this happens, don’t sulk or have a pity party … enjoy yourself and be a stoic.

Sometimes you have to step up and be a stoic

If you do happen to go to events and end up in situations where there is drinking, some people might just get drunk, even if they aren’t alcoholic.  In fact, you might be asked to be a designated driver.  Instead of sulking about this, step up and be of service.  I don’t begrudge people having a few too many and needing a ride.  I’ve driven tons of people home from dinner parties and restaurants.  I’d rather everybody be safe than resent people drinking too much to drive (which isn’t much alcohol at all).

Think about how many times somebody drove your drunk ass somewhere when you were drinking.  If you drank like me, it probably happened more than you drove drunk people around.  Now you can return the favor.

Do we have alcohol in the house?

Yes.  My wife drinks and is not an alcoholic.  In fact, I’m still amazed how people don’t drink to excess.  She seriously only likes one or two glasses of wine over the course of an evening.  I still find it baffling.  Nevertheless, her having a glass of wine doesn’t bother me in the least.  In fact, I prefer she not go out of her way to avoid having a drink.

Again, I don’t want the type of sobriety where I can’t have alcohol around in order to stay sober.  If’ I’m getting drunk, I’ll go to buy a truckload of booze and get drunk.

Protect your sobriety at all costs

The goal for anyone in recovery, whether AA, another formal program or a self-directed recovery program, is to be comfortable in their own skin and therefore comfortable in situations where alcohol is consumed.  However, if you’re new in sobriety or are having a difficult time and you feel you might want to drink if alcohol is present, then avoid it at all costs.  Seriously, it’s better to be a party pooper than an active drunk.  If ever I suffer thoughts of drinking and my sobriety is tenuous (i.e. fall into a funk), I’d circle the wagons and avoid drinking situations until I got out of that funk.