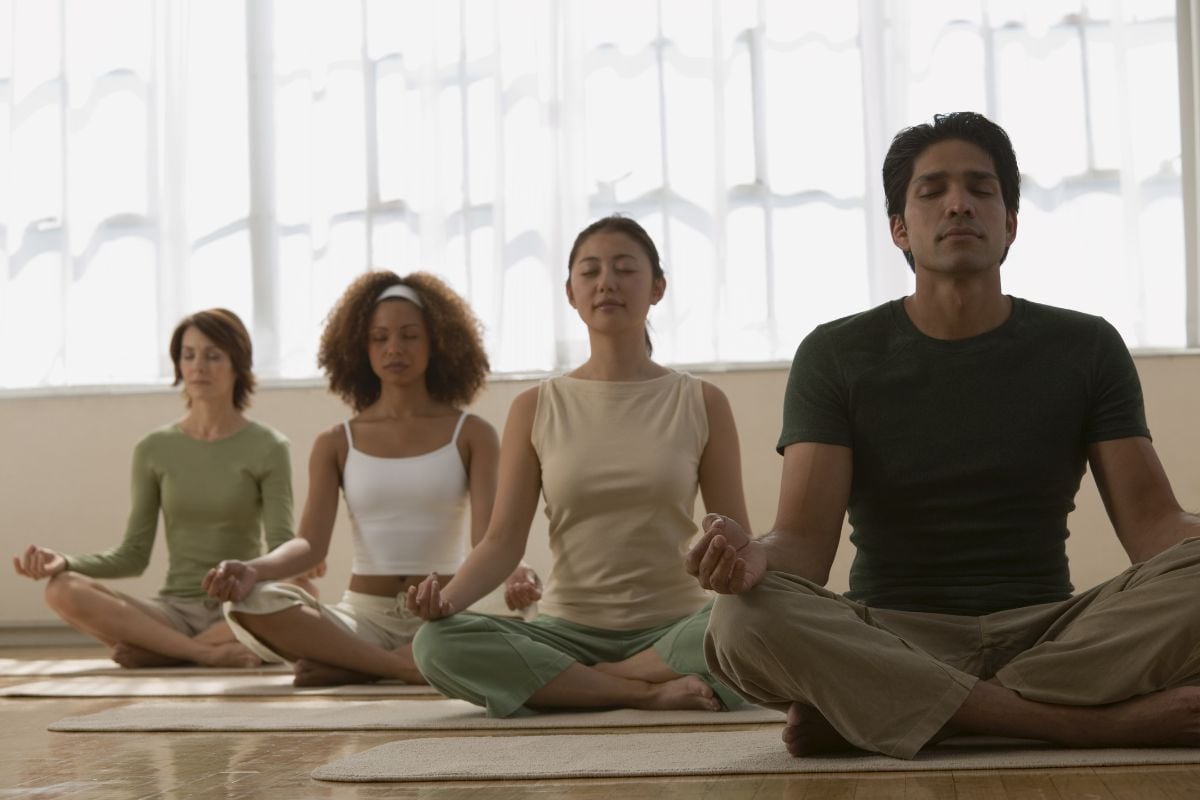 There are some low-level addictions that most people are familiar with—coffee, scrolling Instagram—and we all know that hard drugs lead to compulsive use and abuse, but you’d be surprised at some of the mundane things people become addicted to doing. There are running addicts, weight-lifting addicts, cleaning addicts, and addicts to anything at all that’s tied to some positive feeling. With that in mind, it’s no surprise that some people get addicted to meditation.

It’s a powerful tool for personal and spiritual growth with big effects the more you use it, and sometimes these effects are so strong or euphoric that they drive meditators to overuse the tool. Meditation, like any other activity, can become an addiction. Of course, intensely pleasurable activities are more likely to become addictions than only mildly pleasurable ones, but people can be unique and strange enough to find anything at all pleasurable enough to cause an addiction.

The basis of addiction is repeated, compulsive pleasure and that definition doesn’t exclude things like meditation, driving, walking the dog, collecting a scrapbook of obscure stamps, or any activity at all. There’s a blurred line where interest, obsession, and addiction all fade into one another, but the canary in the coal mine that tells you that you’ve gone too far is the loss of all self-control. If you’re a person who’s particularly drawn to meditation, maybe because it relieves your anxiety or you have a deep desire to explore your spiritual side, you might start to have extremely enjoyable meditation sessions.

They might become so pleasurable that you find yourself meditating when you think you should be doing something else and it interferes with other aspects of your life—one of the hallmarks of addiction. If you let this spiral out of control, it can lead to detrimental effects that aren’t just the result of any addiction, but the meditation itself (more on this later). Another telltale sign that meditation can be an addiction is that it can cause withdrawal.

With meditation, we’re not talking about the heart palpitations, sweating, sleepless nights, or having-to-be-tied-up-in-a-locked-room-and-forcibly-prevented-from-meditating kind of withdrawal, but there are some signs of meditation withdrawal nevertheless. Dedicated meditators who mediate for two hours or more per day sometimes report feelings of grief, anxiety, and confusion when they stop meditating that are worse than just a return to baseline pre-meditation levels. These kinds of meditators also sometimes report that they think about their meditation practice all day with extreme eagerness and anticipation, not concentrating on other tasks.

In the worst cases, they meditate as a way of escaping from important tasks, procrastinating, or numbing themselves.

Contents show
How do I know if I’m Meditating Too Much?
What is a Healthy Amount of Meditation Time?
How Much Meditation is too Much, and What Does it do to You?

How do I know if I’m Meditating Too Much?

If you think you’re meditating too much, just check in with yourself and ask the following questions:

Like other obsessions, like spending time with a new romantic partner, playing video games, staying up to date on the news, reading an engrossing book, or following a sports team, it can be quite hard to say whether meditating all the time is an unhealthy compulsion or a strong interest. It feels great to get swept up in doing something you love, and it’s not wrong to pursue your passions in moderation. Getting into a state where you feel calm, alert, engaged and in control—a “flow state”—can itself be addictive, and living a healthy, full life involves balancing the desire to get swept up in things with the need for regularity and control. 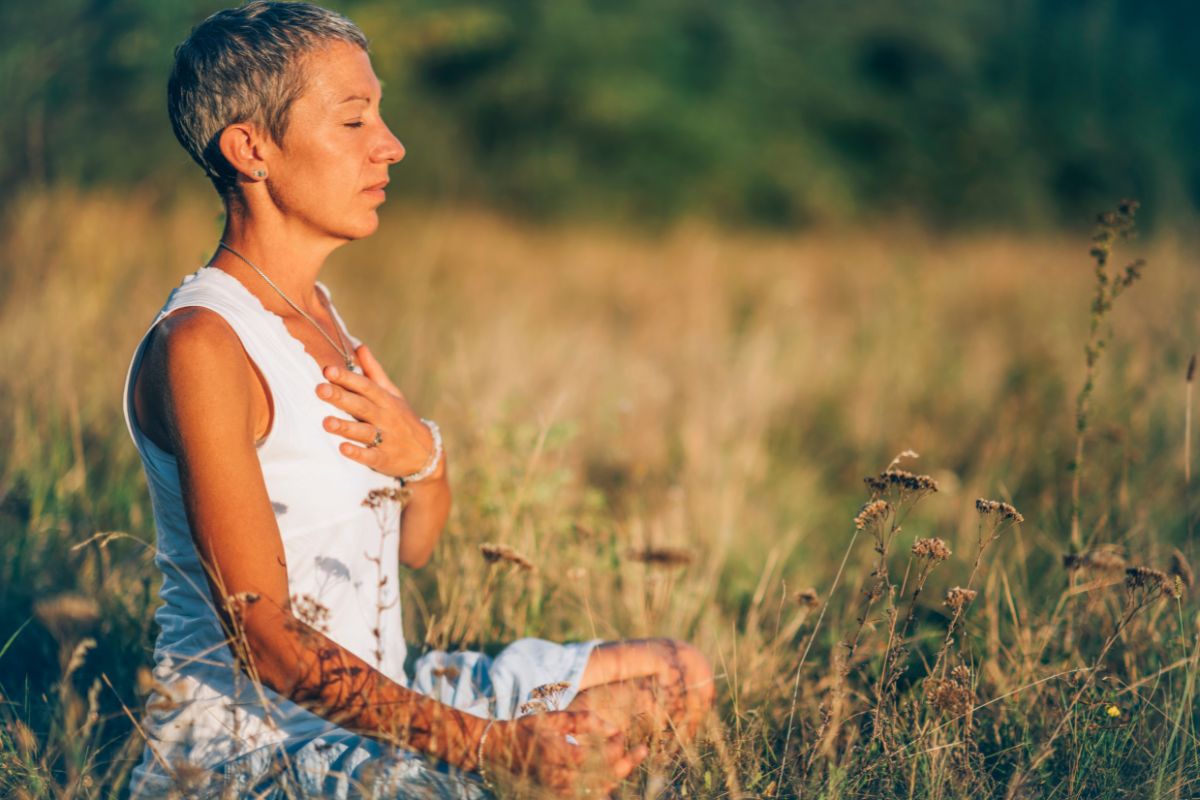 What is a Healthy Amount of Meditation Time?

It’s certainly possible to incorporate lots of meditation into a healthy life. Ultimately, the only person who can determine when your relationship with meditation is becoming a problem is you. You may go through phases where you can only stand to meditate for 20 minutes per day, if that, but you soldier on anyway.

At other times, you might be meditating for an hour and a half at 4:00 am every morning and feeling wonderful, ready to meditate for another hour when you get home from work. Both of these states of being are fine, as long as your meditation practice isn’t getting in the way of other aspects of life or causing you unnecessary distress.

How Much Meditation is too Much, and What Does it do to You? 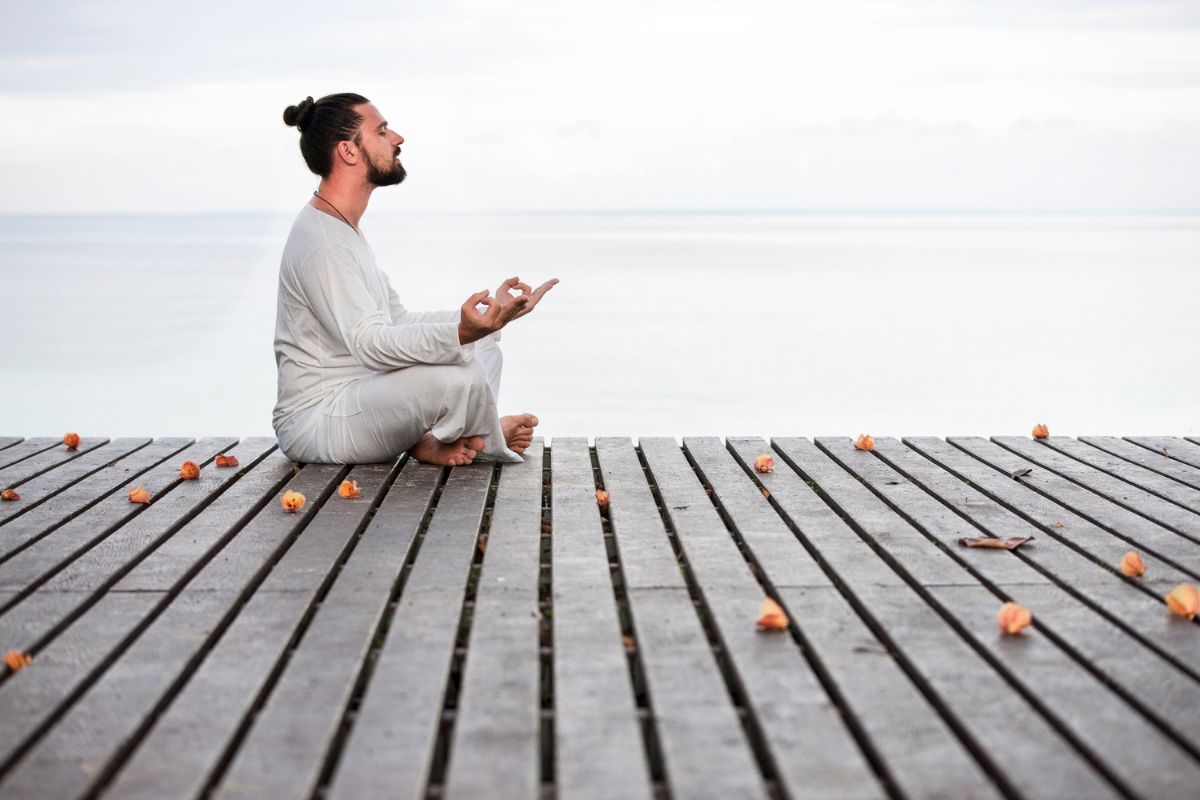 Here’s a well-kept secret: there are lots of would-be mindfulness gurus that are driven to horrible bouts of physical and mental pain, terror, bodily dissociation, hallucination, and other ills from the very thing that they prescribe as a cure-all: meditation. If anyone’s addicted to meditation, it’s people who go to month-long retreats where you do nothing but meditate all day, every day, like these dedicated mindfulness monks. A lot of meditation teachers, since they make their living meditating, end up practicing it to the point that it becomes not only a physical problem—keeping your legs in a pretzel shape all day is bad for the hips, feet, and back, it turns out—but results in acute psychological symptoms.

Intense, extended lifelong meditation can result in some odd phenomena, not all of them painful. Plenty has been euphoric. Some heavy meditators have experienced things like a “ball of worries and anxiety” emerging from the mouth and dissipating in a burst of light. Others, though, have experienced hellish things: a feeling of being “swallowed by the void,” a loss of personal identity, a sudden inability to connect or communicate with other human beings, or even the vivid reliving of traumatic memories.

There’s a term for the set of mental symptoms that arises after many hours of meditation. It’s called, ominously, The Dark Night of the Soul. This phenomenon is well-known among scholars of meditation and meditation-based spiritual practices, and some religious teachers claim that it’s a stage on the way to full enlightenment.

Once you’ve reached this point, they say, you can’t go back. You have to either meditate through the pain, hallucinations, and demons from your past coming back to haunt you or be stuck with the symptoms forever. Some teachers (whose advice you may want to take with a grain of salt, in my humble opinion) say that The Dark Night of the Soul results from the realization that the way we perceive the world is an illusion and that there really is no self.

Meditation, if practiced enough, will reveal the truth: the ego, our sense that we are a single, cohesive person, is false. This can be a distressing realization, but after you come to terms with it, enlightenment awaits—or so Zen Buddhist scholars like Shinzen Young say. Now I’m all for capital-e Enlightenment, but I also want to live in the world and hang on to my ego for a little while.

And while I’m here, I’d rather avoid the distressing effects of meditating until you’ve convinced yourself that you don’t exist. This is not at all to diss meditation. It’s worth noting that meditation is actually suggested by some rehab centers for addicts as a way to help cure addiction, not cause it. It’s a powerful activity that can indeed offer the benefits of tranquility, wholeness, and equanimity that so many claims that it has, but like anything, it requires moderation if you want to live a normal, healthy life.

Unless you’re the Buddha himself, you may want to curb your five-hour-a-day meditation routine before you head into the Dark Night of the Soul.