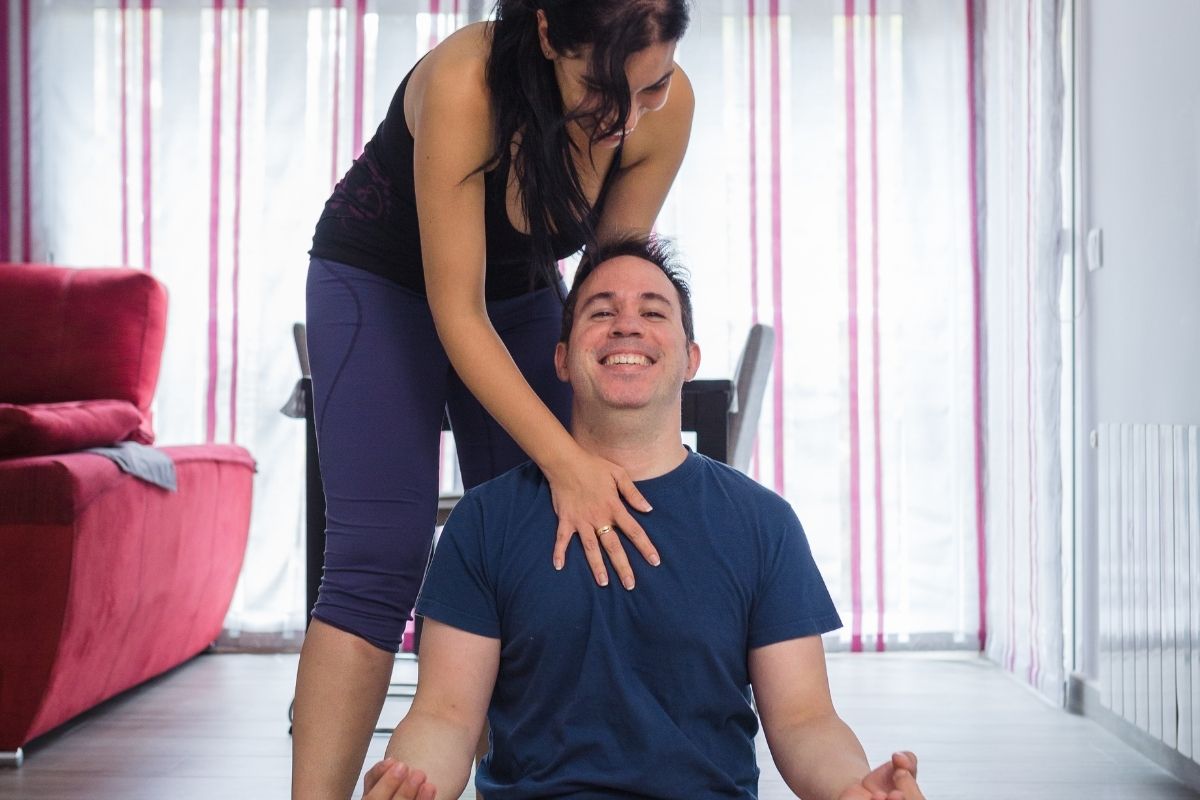 Supposed to have all kinds of benefits for your health and well-being. But maybe you struggled to calm down, to get comfortable. Or maybe, like me, the first time you tried to meditate you just fell asleep!

The fact is, what you do with your body can differ according to the type of meditation you practice. Across types, physical posture is not as important as an orientation toward attention and the body. So sit down, take a deep breath, and read on to find out more about meditation: what it is, why it works, how to do it, and what different types of meditation are available.

Meditation is a contemplative practice that has a long history. In many cultures, it is as common as daily exercise. For some, it also relates to spiritual traditions, but the practice need not be religious.

In fact, there are different kinds of meditation: some involve moving or sitting still; some involve silence or repeating a word or phrase. But all relate to attention, intention, and the body.

Why should I meditate? 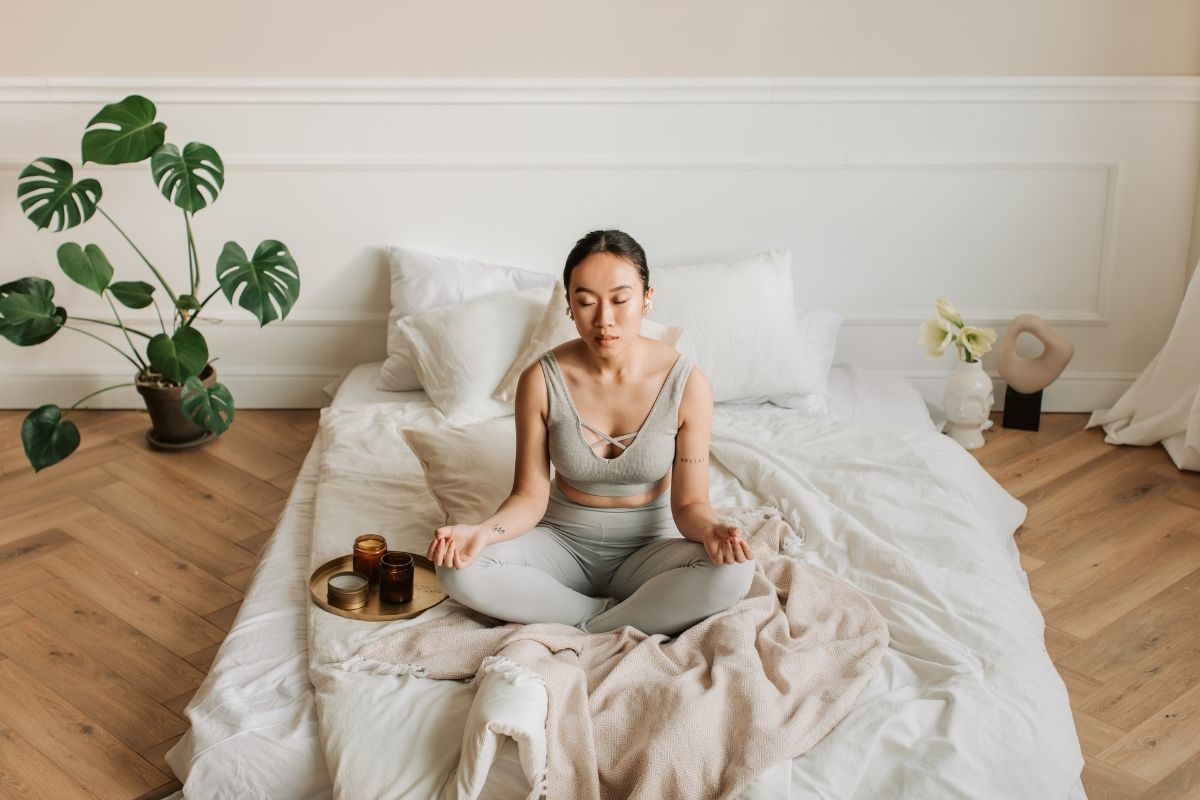 Although it has been practiced for thousands of years, especially in Eastern cultures, western science has now affirmed that meditation has health benefits. It can reduce your stress, improve your attention, and even boost your immune system. Meditation can produce feelings of calm, relaxation, and happiness.

And it can be done almost anywhere, by anyone, in mere minutes.

How should I meditate?

There are different types of meditation, each with its own suggested techniques. There isn’t really a right or wrong way to meditate. Most practices involve an orientation toward gentleness and acceptance, rather than a set of strict rules to be followed.

And most involve some kind of awareness regarding 1) your attention/intention and 2) your body. 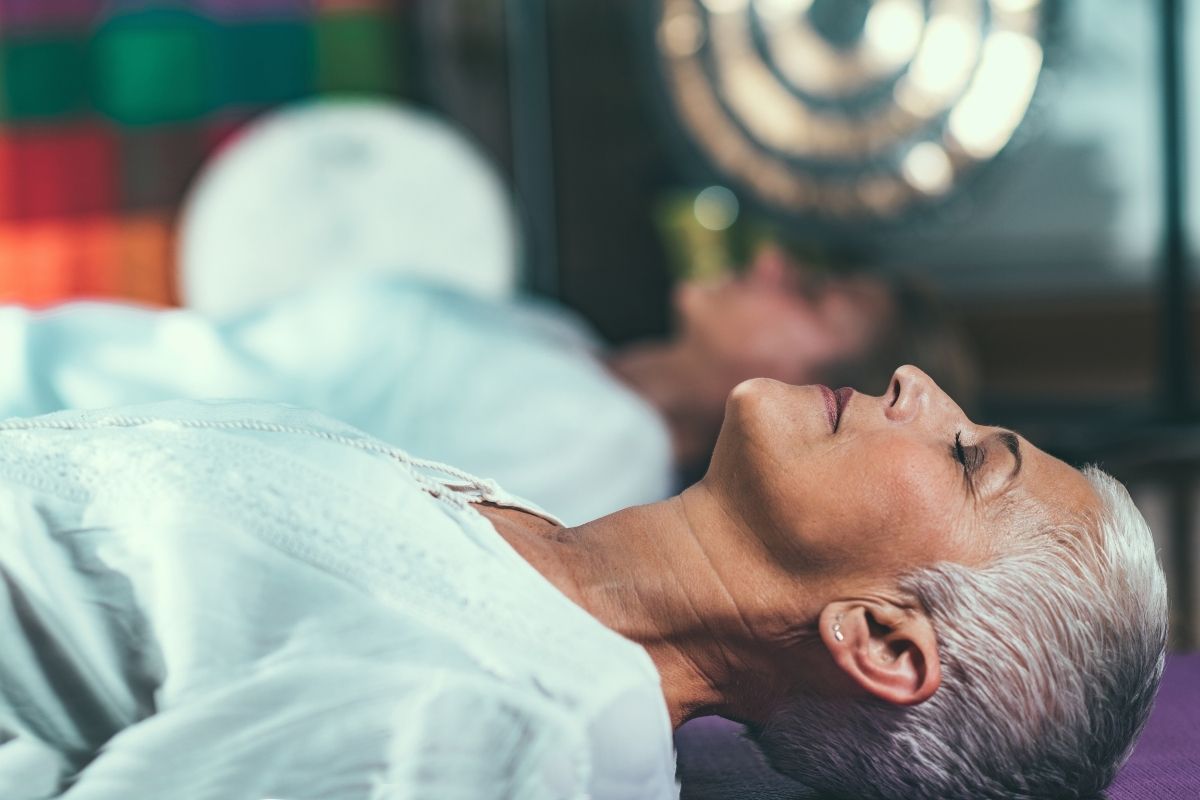 Some kinds of meditation involve following narrated instructions that direct your attention and your actions. For example, a guided meditation might invite you to visualize something or to let go of certain thoughts; to lie down or to sit comfortably; and perhaps even to breathe in certain ways. Because they can focus on anything from reducing anxiety to visualizing a successful outcome, guided meditations can benefit practitioners in specific and varied ways.

For this reason, practitioners may use guided meditations as a daily routine or habitual practice for self-improvement.

For example, smokers and others wishing to free themselves from an addiction have practiced guided meditations in order to quit. Guided meditation can serve to replace a habit with a different way of thinking, feeling, and responding to the world.

Several longstanding Eastern meditation practices that involve movement have become popular in western culture. In these moving meditation practices, you perform particular postures with your body while also attending to your breathing and concentration. Moving meditation can even be practiced by simply walking and paying attention to your breath, rhythm, and surroundings, potentially improving awareness of, or connectedness, to one’s environment.

Perhaps the most well-known type of moving meditation for westerners is Yoga. Yoga is a moving meditation in which practitioners assume postures designed to promote not only a bodily reaction, but also a transformation of consciousness. Yoga practice can promote flexibility and even stimulate the body’s organs and systems, but it can also create a state of calm and well-being.

Other types of moving meditation include Tai Chi and Qi Gong, which similarly include repeated postures and movements that can benefit the body and mind. In the cultures in which these moving meditations are practiced, practitioners may understand these postures to stimulate a flow of energy, much as in other Eastern healing practices Reiki or acupuncture. 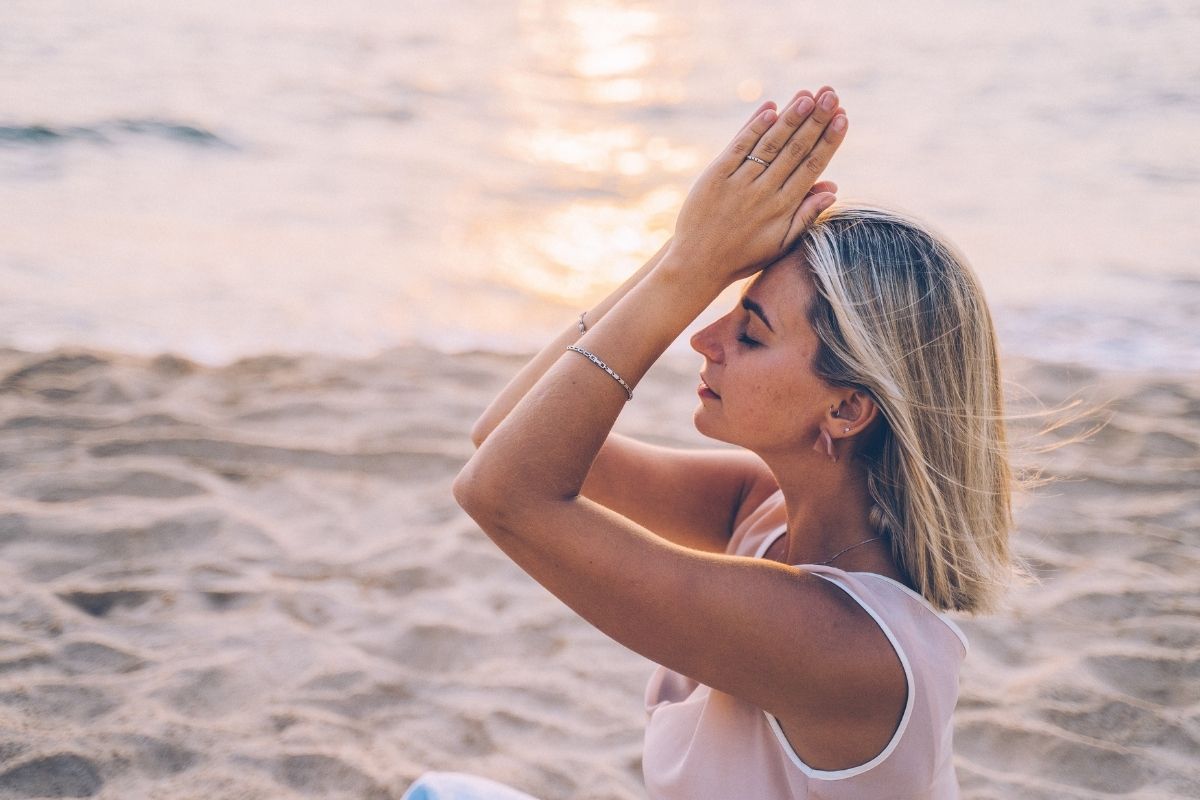 Some meditation practices invite you to focus on something: for example, you might focus on an image, a word, a phrase, or a series of ideas that can alter your consciousness. Another type of focusing meditation involves paying attention to the body—focusing on the rhythm of your breath, or settling attention on one part of your body or another. These types of meditation sometimes also involve an external support like a musical tone, a religious icon, or a set of beads. 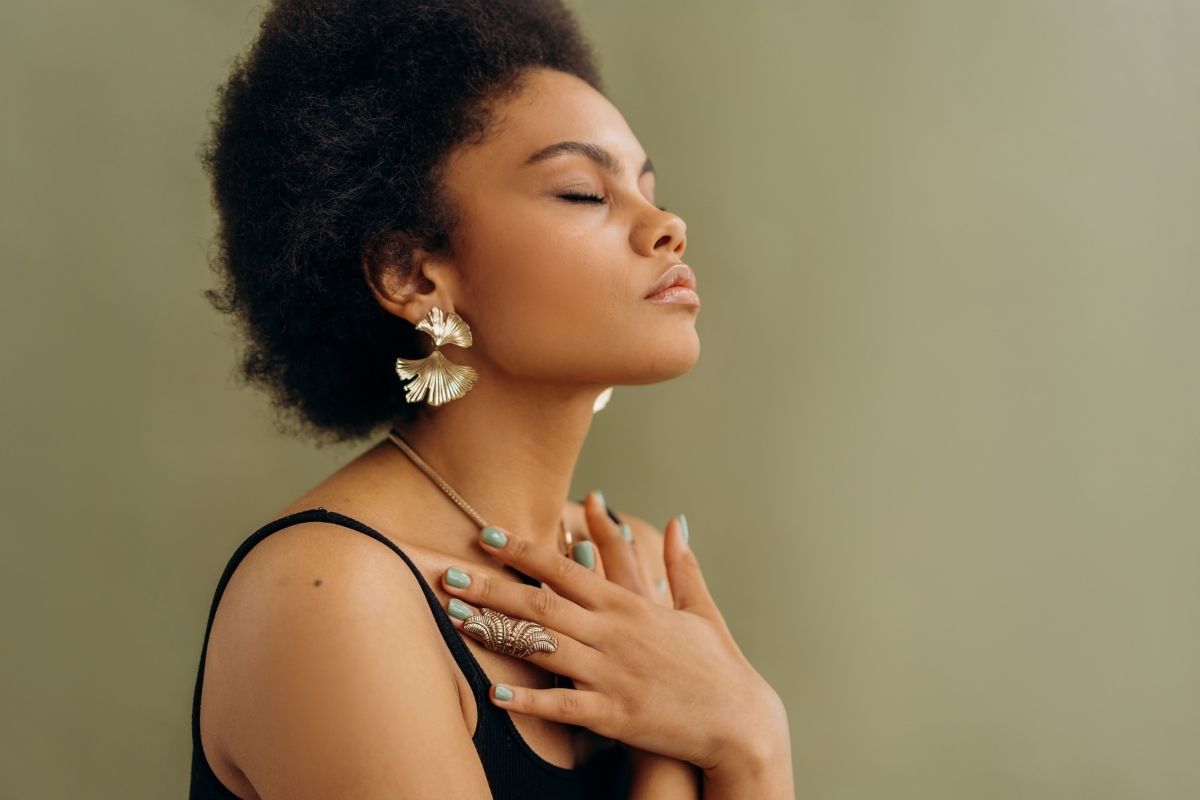 One popular category of focusing meditation promotes mindfulness. This word refers to a quality of awareness and intentionality that can be fostered by focused, gentle attention. That quality of mindfulness can apply beyond the meditation practice to your daily life and interactions.

Practitioners of these types of meditation often notice the mind and body wandering from the focus. The “Monkey Mind” gets distracted and skips off to focus on a past event or a future obligation. The body suddenly begins to itch or throb, making it difficult to sit still.

Rather than clamping down on your thoughts or your bodily sensations, these types of meditation often encourage you to gently return to your focus: re-orient toward the word or image; find your breath; adjust your position and continue to be present. In so doing, these practices can improve attention and focus, but also a kind of gentle persistence. 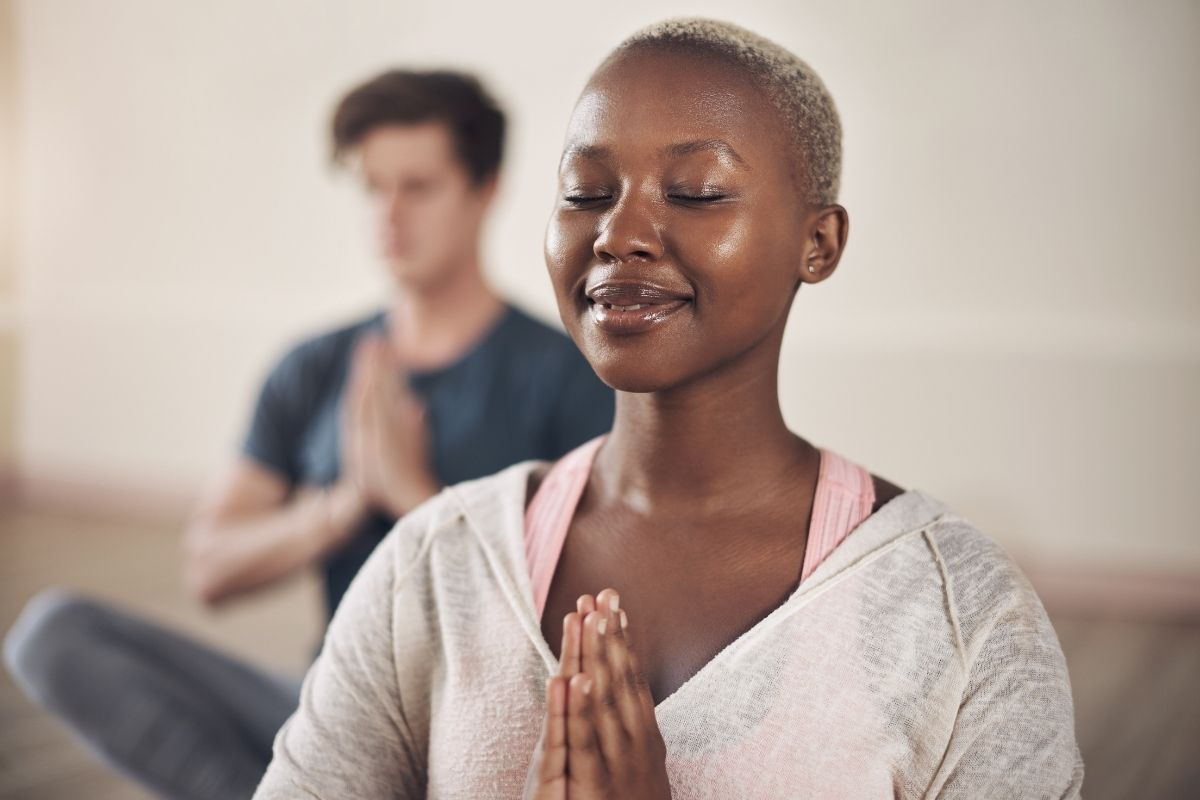 In short, there are different kinds of meditation, all of which depend on different orientations toward attention and the body. All of them have potential benefits, not only for physical health, but also for mental and spiritual well-being. So next time you set aside ten minutes to sit down, focus, and bring your attention to your breath, remember that there many different approaches, but posture is less important than orientation toward attention and the body.