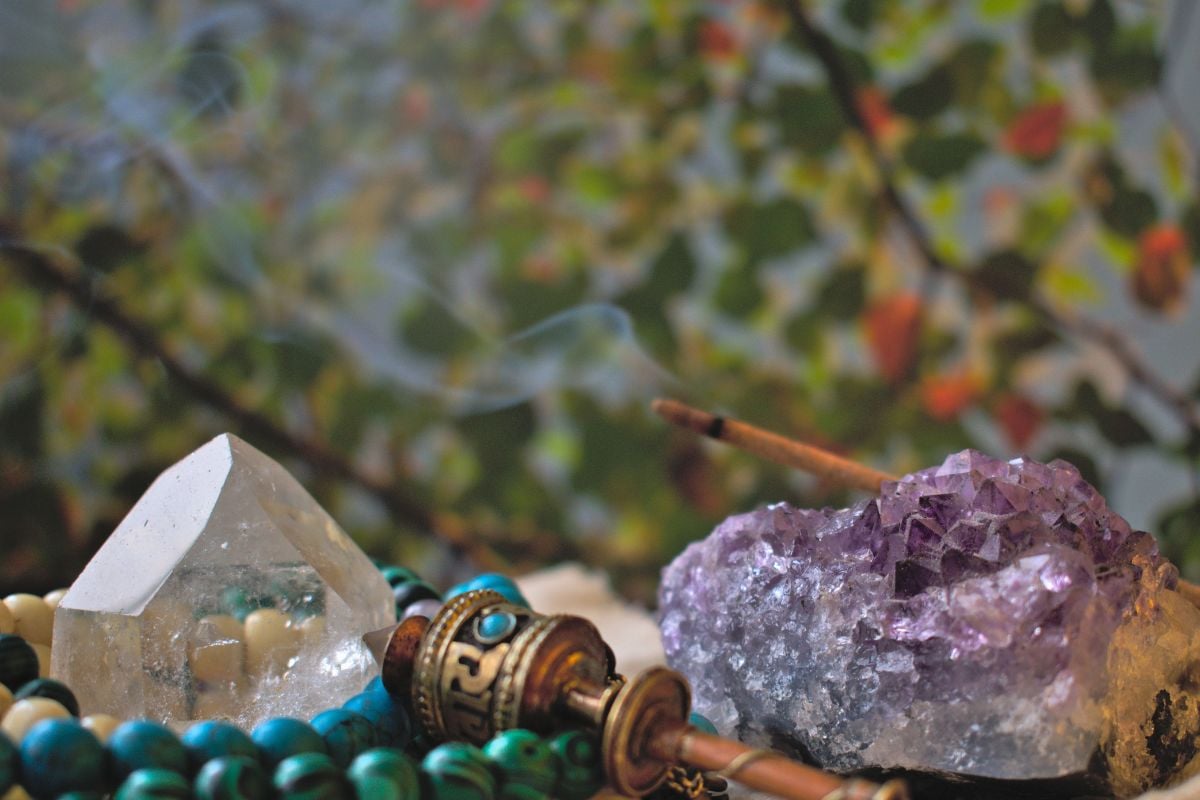 From our earliest ancestors shaping clay into forms of their Earth Goddess forward, humans have been fascinated with the realm of the spirit and how we connect with that mystical place. Spirituality and mystic practice has always been present. Mystics and spiritualism have driven our artists, leaders, and thinkers alike. 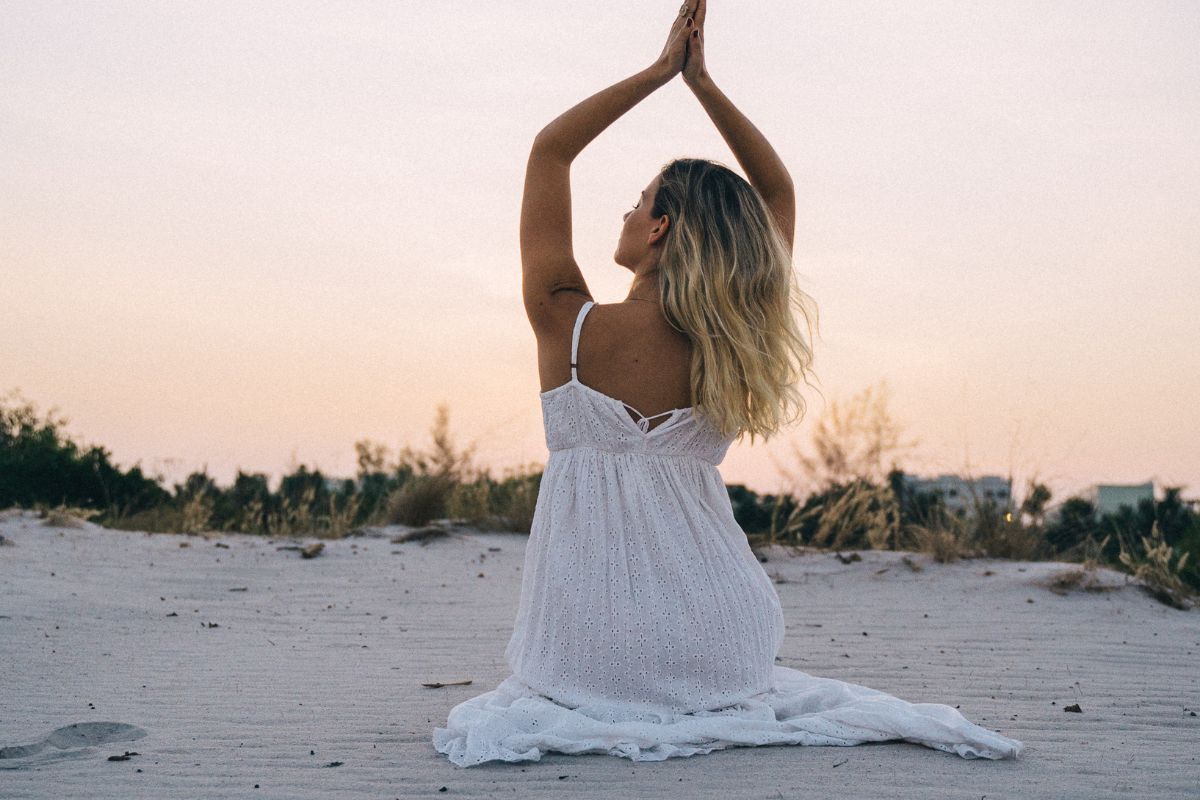 What are Examples of Spirituality?

Spirituality can be found in the act of prayer, whether performed kneeling at one’s bedside or in a pew on Sunday. Spirituality is present in a joyfully prepared Shabbat meal or a pinch of challah dough set to burn. The meditations of a Buddhist monk and the awe of a hiker who has just ascended a new hilltop, gazing out with wonder over a newly discovered landscape, are both expressions of spirituality.

What is the Purpose of Spirituality?

Spirituality grants meaning beyond the everyday. Spiritual people believe that we each have a connection to power more significant than our own lives, with each other, and even with the living world. That sense of connection and meaning positively influences most people, helping them cope with stress and upheavals.

How Does Religion Incorporate Spirituality?

All religions have an element of spirituality at their core, whether it’s Christianity, Islam, Paganism, or Buddhism.

What are the Benefits of Spirituality?

Spirituality provides a framework that can help people cope with the unexpected challenges of life, helping them find answers in seemingly impossible moments and often creating community and a sense of belonging with like-minded others. Spiritual practice can improve stress tolerance and develop a sense of empowerment that allows growth to flourish. It can often drive more profound thoughts about experiences that can foster a greater understanding of the world one inhabits.

Creativity is often inspired by spiritual belief, leading to works of art, writing, or human connection that improve one’s life. 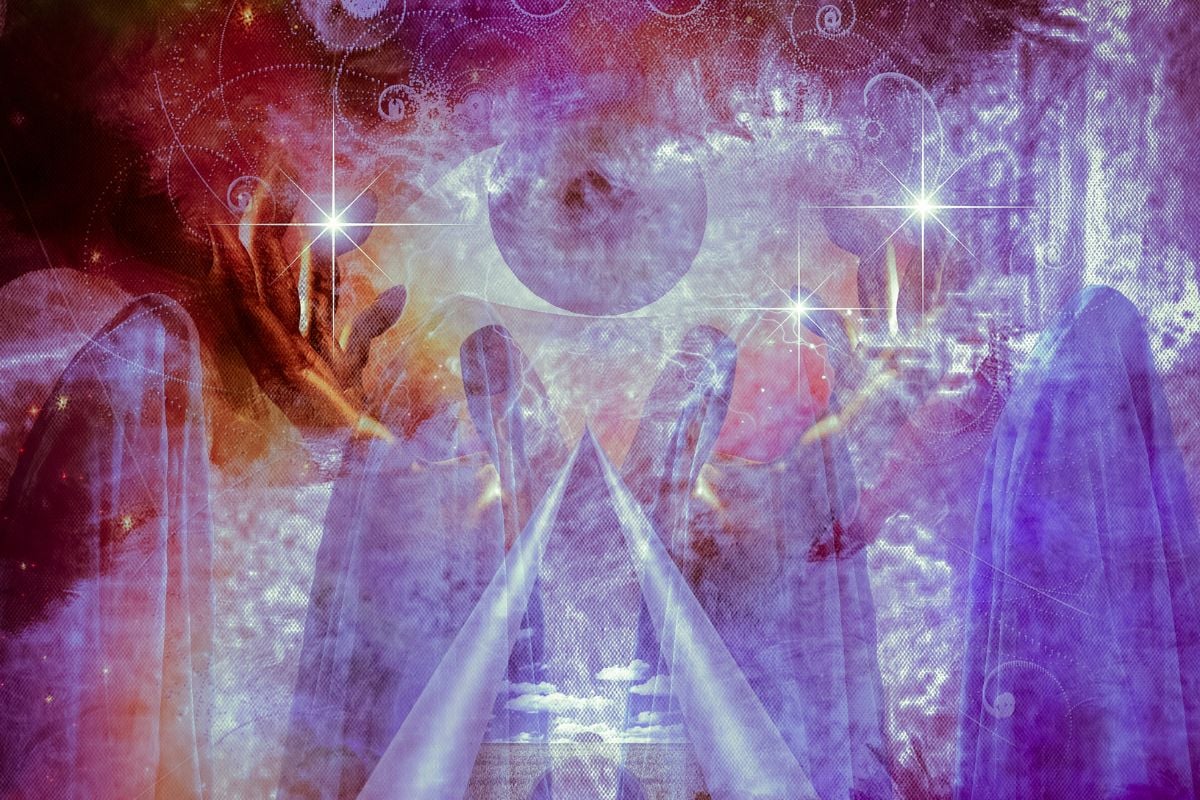 As defined in the Stanford Encyclopedia of Philosophy, Mysticism,  is “best thought of as a constellation of distinctive practices, discourses, texts, institutions, traditions, and experiences aimed at human transformation, variously defined.” In simple terms, mysticism is a set of beliefs and actions to achieve a higher state of existence, often one that connects the mystic with a Divine or Creative force.

Mysticism as a Philosophical Practice

Mysticism was first introduced in the West by Diogenes of Apollonia. Diogenes was a Greek Cynic who worked to dismantle conventional society, believing that one should reject luxury and laws and that society should encourage communal connection for personal liberation. He lived in poverty and kept no property, not because he believed all should live as he did, but to demonstrate that one could achieve happiness without wealth or material possession.

Diogenes claimed that “all existing things are created by the alteration of the same thing, and are the same thing.” This singular thing was the intellect, which was the housing of all life. For Diogenes, accessing the transcendence was achieved through equal parts rejection of social norms and contemplation.

In China, mysticism has a long history, with roots that can trace back to a practice of self-improvement guided by ethical integrity as described by philosopher Confucius. In later years, a disciple of the same principles of thought – Xunzi – described and understood this philosophy of civic transcendence to require a meditative practice.

Mysticism as a Religious Practice 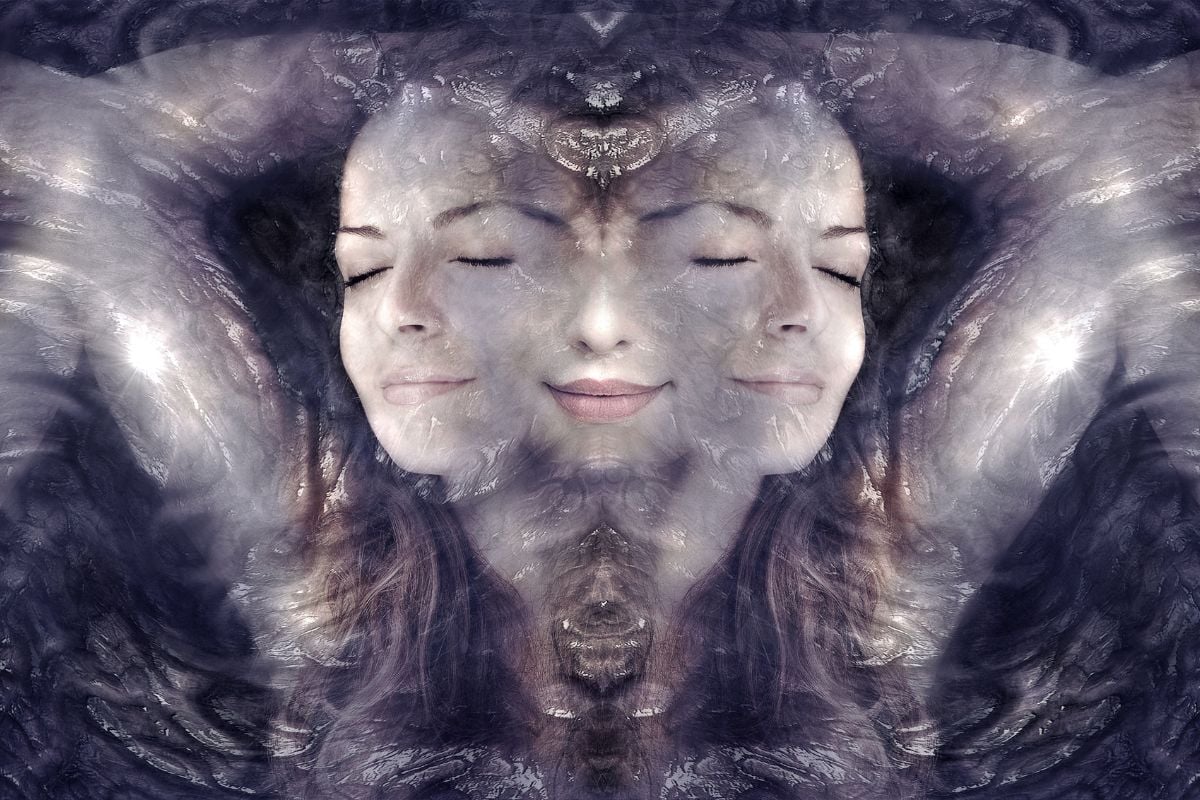 Within organized religion, there have been many branches of mysticism. Most of the world’s religious beliefs contain mystic practices. Christian mystics, for example, have used what’s known as the Threefold path of purification, illumination, and unification to achieve a transcendent connection to God.

The five-stage path added two additional phases to this process, beginning with awakening and adding ‘the dark night of the soul’ before the experience of union with God. Christian mystics used meditation and ascetic practices that ranged from fasting and sleep deprivation to self-flagellation in their approach. Jewish mysticism’s most infamous form is the Kabbalah and includes Merkabah mysticism and Ashkenazi Hasidism.

What is the Purpose of Mysticism?

The mystic’s intent is to encourage contact with divinity or experience a transcendent state. The mystic seeks to take an active hand in experiencing the spiritual realm and wishes to gain knowledge from that experience that they believe can be attained through no other means than that direct communication with a higher power. Usually, the method involves a meditative practice and proscribes activities to help the practitioner achieve an ecstatic or altered state of mind.

Christian mystics, for example, were intent on creating a union with God without the need for an intermediary force like a priest to aid the process.

How Do Mysticism and Spirituality Differ? 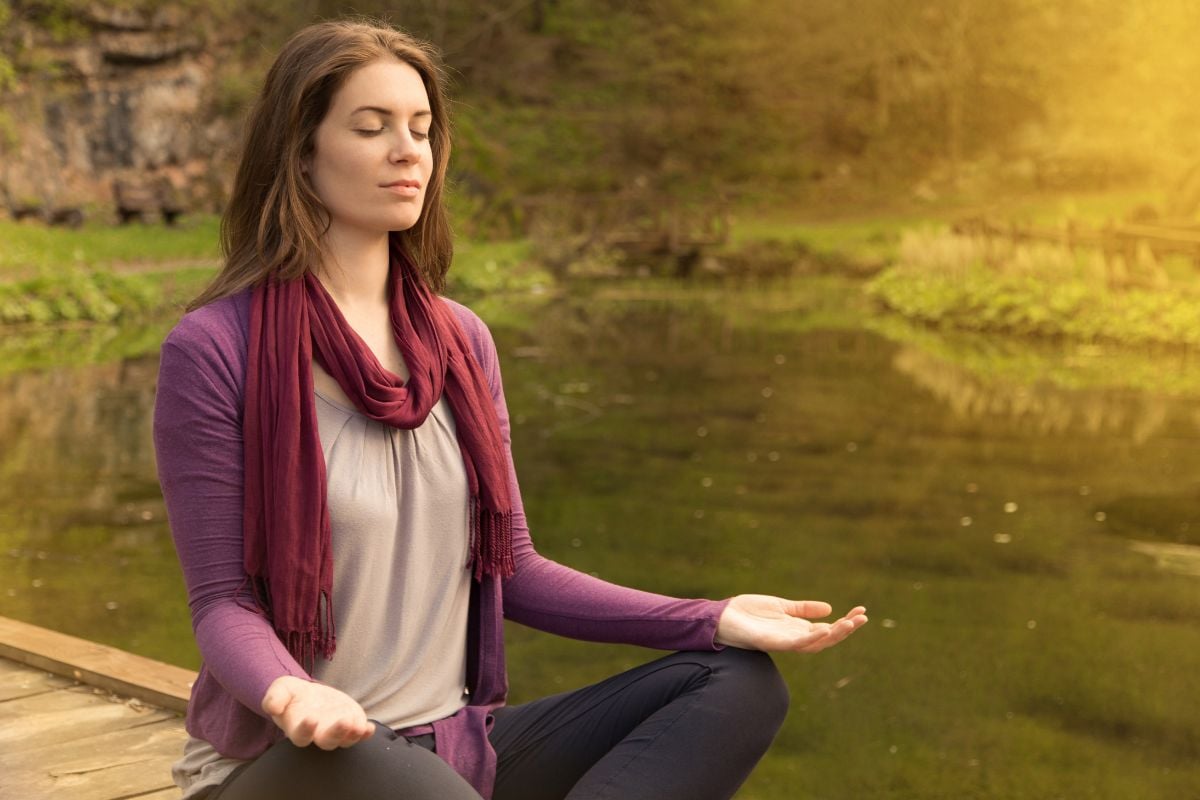 A spiritual belief in something beyond our ordinary senses can understand is core to every major religious system. While some people feel spirituality outside of a traditional religious framework, you cannot have religion without spirituality. Mysticism is active; spirituality is passive.

Mysticism cannot be wholly separated from spirituality, but spirituality can live independently from mysticism.

How Are Mysticism and Spirituality Related?

Mystics live immersed in their spirituality. The mystic seeks to understand what perfectly expressed spirituality feels like, whether that’s a religious experience as was the case with famed Christian mystics who endured the dark night of the soul to achieve union with God or secular mystics like Diogenes who sought to transcend and achieve perfection through self-control in the Stoic tradition, behavior, and the rejection of social norms. The purpose of mysticism is to take spirituality to its highest point, to experience it at its peak.

Both spirituality and mysticism require an understanding that some things cannot be measured or studied by science. They both lay claim to a heightened awareness of what is and how humans connect to all else that exists, both the seen and unseen. Both claim to lead the adherent to a greater state of existence.

These two concepts have driven humanity to some of our best and worst behavior throughout our history. Spiritual practice and mystic arts stretch back to our earliest ancestors. An attempt, perhaps, to create reasonable explanations for things that defied explanation through mundane means at the time.

It’s undeniable that spirituality can be a powerful force for good within a person’s life and that the mystic’s approach gives a sense of empowerment to those who practice its arts. Ultimately, it is impossible to separate mysticism from spirituality, and without mysticism, spiritual practice loses some depth.