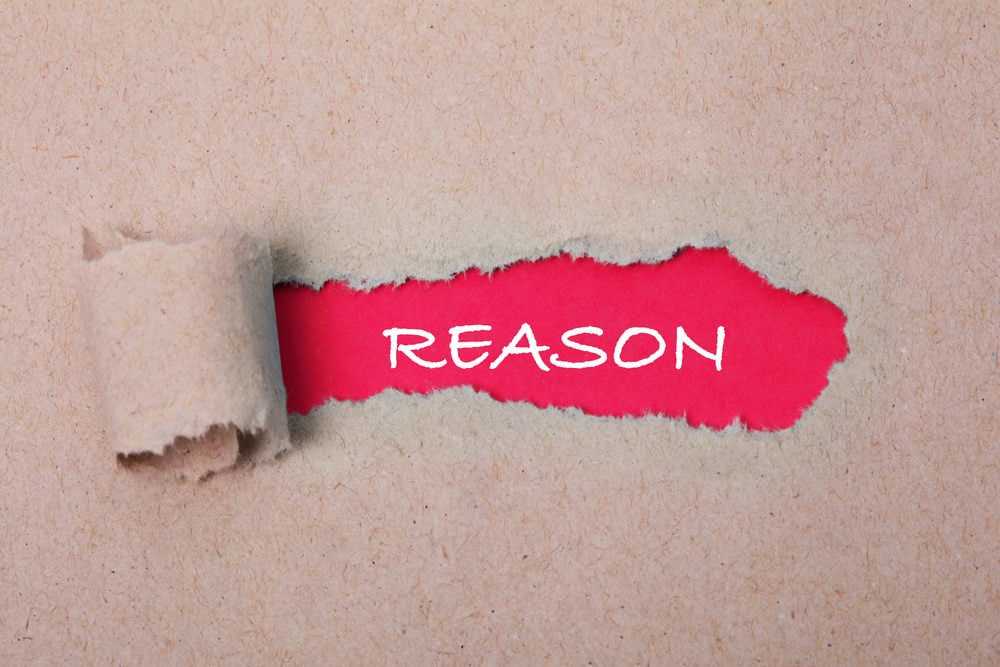 Not everyone needs to stop drinking.  I don’t begrudge those who can handle alcohol responsibly.

All I know is that every time I got into trouble, I was drinking.  Moreover, the bottom line is I’m a blackout drinker who simply cannot drink responsibly.

When I quit drinking, I had many reasons to do so.  My life was in a tailspin.  Chances are, if you’re reading this article, you too want to quit drinking, and likely want to do so for more than one reason.

I’ve lost my car on numerous occasions.  I eventually found it each time, but it took a lot of retracing steps and/or calling every impound lot in the city.

2.  Stop sharing a cell with 9 other drunk people

Drinking and driving is dangerous.  I do not make light of it.  But let’s face it, spending 12 to 24 hours in a cell with other drunk people is no picnic … and that’s just the start of the hellish nightmare getting arrested for drunk driving causes.

3.  Avoid head injury and a busted up face from slipping off the keg doing keg stands

4.  Stop annoying people with your insane amount of knowledge about wine and liquor

Okay, non-alcoholic wine afficionados do this too.  But for us alcoholics, we like to discuss what we know and what we know is alcohol.  It just turns out most people don’t care about wine legs and how vodka is made.

5.  Fill your Saturdays with activities other than cleaning and counting 300 empty beer cans and then returning them for enough money to buy more beer

And if you host a party, it’s a lot more than 300.  Oh yeah, I forgot to mention having to deal with all the cigarette butts and half-empties … it’s making my stomach churn just thinking about those Saturdays.

6.  Stop couch surfing and waking up totally clueless as to where you are

Again I speak from experience.  Many times I’d end up in a nearby town, on a couch in a house that had a party the night before … and I’d have absolutely no idea how I got there or where I was or who owned the house.

7.  Avoid locking yourself out of foreign house in your socks, in winter when having first cigarette

Yup, this happened.  The door locked automatically.  I stumbled up from the couch, went outside to have a smoke in sub-zero temperature, only to discover the door locked behind me and I had now way to get back into the house.

8.  Stop getting rejected at fast food drive thrus because you’re walking instead of driving

You know the scene.  You don’t drive through for fear the restaurant will call the cops.  So, the brilliant drunk person that you are … you decide to walk through … only to be told that it’s for cars only.

9.  Don’t be the DUI adult riding around town on a BMX (only bike you have with no money to get a “real” bicycle)

You can spot a person who has had their driver’s license yanked a mile away.  They’re the 40 year old guy in scruffy clothes bombing around on the sidewalk on a bike made for ten year olds.  You don’t want to be that person.

The following is a list of serious reasons to quit drinking alcohol if you have a drinking problem:

Shame ultimately drove me to quit drinking.  It was after a particularly bad binge.  The shame was killing me and had been for some time.  It doesn’t get much worse than living in shame.  I believe shame is a common reason spurs people to quit.

Not every alcoholic ends up in jail … but many people in jail are there as a result of addiction.  Laws continue to hammer down on drunk driving and domestic abuse … 2 crimes that almost always involve alcohol.

Excessive alcohol is bad for your health and breaks down organs.  Moreover, alcoholics exhibit riskier behavior such as smoking, drunk driving and due to being impaired, can be accident prone.

Please keep in mind that this reason is a generalized reason.  Some heavy drinkers live long while others die young … often from a combination of drinking, smoking, sedentary lifestyle, poor eating habits, etc.

Yes, you might feel better during your first few drinks, but there’s the inevitable hangover and chronic lack of wellness that consistent alcohol abuse brings on.  If you’re young, you may not notice, but as you age, continuous drinking will result in losing vitality and health.

5.  Get healthy (save your liver, heart, stomach, digestive system and brain)

Too much alcohol can eventually damage your organs and other body parts.  Wet brains is particularly horrible … it’s essentially brain damage from too much alcohol.

If you’re still in meaningful relationships as an alcoholic, you’re fortunate, but it may not last forever if you keep drinking.  Quitting drinking can save relationships.

If you’ve lost relationships, there’s a chance you can reconcile or salvage them if you stop drinking.  Please note that reconciliation (especially marriage) is not always an outcome of stopping drinking.  Sometimes broken relationships are beyond repair.  Be prepared for this because it can be very difficult for people in recovery, after sobering up, to not be able to reconcile a marriage.

Getting drunk is not living life.  It’s not dealing with life … life’s joys and challenges.  When drunk, you’re on another planet.  I know life isn’t always rosy, but coating it with alcohol isn’t living life.

There are many functioning alcoholics, but many drunks do lose a job.  It could be from showing up drunk, not showing up, making mistakes, doing something unforgivable at a company function … you name it, us alcoholics lose jobs for all kinds of reasons … often a result of our drinking.

This is just one example of how being a drunk prevents job opportunities.  Avoiding a criminal record, establishing a great work record and references as well as a network of friends who would recommend you all lead to jobs.  When you’re an active alcoholic, you increase your chances of getting a criminal record, getting fired (ending up with a poor working record) and alienating friends who can help recommend you for jobs they know about.

12.  Stop stupid behavior and the blackouts

This reason for quitting drinking alcohol stems from the shame reason.  Many people do stupid things when drunk.  Blackout drinkers can do terrible things, including violent acts.  If you stay sober, the chances of doing stupid things and violent acts goes down immeasurably.

I don’t think I need to elaborate on this.  My hangovers were getting so bad I couldn’t function for a full day unless I drank.

Read my article How Much Money Can I Save if I Quit Drinking?  You’ll be amazed how much money you can save.  I’m talking about enough money to retire on.

I’m a parent now, but I wasn’t when I quit drinking.  I would think that this would be a compelling reason for any alcoholic parent.

16.  Enjoy life without living in a haze

Being addicted is being a slave.  It controls you.  You aren’t free.  If you have to drink, you’re a slave to drink.  Sobering up means freeing yourself from slavery to alcohol.

Drinking alcohol before going to sleep disrupts your sleep.[1]  Drinking excessively like alcoholics do results in poor sleep after every bender.  You may feel like you’re sleeping, but you’re not getting healthy and fitful sleep largely due to dehydration and disrupted sleeping rhythms.[2]

Alcohol drinks contain sugar and a ton of calories.

Moreover, when you drink, your compromised judgment may result in eating junk food.

When you quit drinking, you’ll consume fewer calories and you won’t end up chowing down on fast food when you get the late night munchies and need for salt after drinking copious amounts of alcohol.

Do you really want to spend your life drinking?  Isn’t there something you want to accomplish?  A hobby, a business, a sport, some form of art … something that fulfills you?

I know some functioning alcoholics are very accomplished, but imagine what they could achieve if they dumped the booze.

Drinking takes time.  I dedicated hours and hours to it every week.  Then I dedicated time to dealing with hangovers.  Being a drunk is a massive waste of time and energy.

I was only 27 years old when I quit drinking, but I had a bloated appearance in my face, I was gaining weight, and my skin was not vibrant (probably due in part to smoking so much).  I was soft, bloated and getting fat.

When I quit drinking, I lost 34 pounds in no time and became the picture of health.

22.  Increase your confidence and self-esteem

Once I quit drinking, I lost weight, increased my energy, completed 2 post-graduate degrees, built up 2 businesses, got married and had a child.  I continue working out, hanging out with my family and have a wonderful life.  I’m not Mr. uber-confident, but I have my self-esteem back … and I know returning to drinking would ruin it all very quickly.

23.  Get into a great relationship (and keep it)

I’m amazed how long some people stay with us alcoholics.  I had many short-term relationships when drinking, but eventually the person realized alcohol was number one and it didn’t appear as if I was quitting any time soon.

Yes, you can get into relationships as a drunk, but eventually alcohol’s ugly head will wedge itself into the relationship and ruin it.  Not always, but often.

And yes, you can enter into a relationship with another active alcoholic … but that’s often a recipe for disaster (I never did this).  Alcohol will take priority for both people, which makes building a meaningful relationship difficult.

Alcohol, while it can increase sexual desire, can diminish sexual performance for men and orgasm quality for women.[4]

Many active alcoholics lie a lot.  They lie about where they’ve been, where they’re going, what they’re doing, who they’re with, whether they’ve been drinking (and how much).

Then there’s stashing booze around the home.

It’s a constant lie-fest in an attempt to keep the booze under wraps.  It’s not a fun way to live and it’s not good for the people being lied to.

Did you ever feel like going on a 3 hour hike when hungover?  I didn’t.  I could hardly fry bacon and eggs.

If you drink a lot, you spend a lot of time hungover.  You have no energy unless someone suggests going to the bar.  Yeah, I could always muster up enough energy to get from the couch to the bar when hungover.

Moreover, at least in my experience, I got healthier by working out which also increased my energy.  I ate better, slept better and felt better … all resulting in far more energy.

Instead of sitting in a chair doing 12 ounce curls for hours at a time, you can use that time for so many great pursuits, including quality social time or time with your family.

In addition to all the time wasted actually drinking, you lose out when hungover.  Serious drinkers dedicate a lot of time to drinking … often as much as possible.  This is not really a great way to live a life.

Many violent crimes are committed under the influence of alcohol and/or drugs.  If you have a violent tendency, quitting drinking may avoid you being violent.

I can tell you that the terrible consequences that excessive drinking can cause can lead to depression such as going to jail, divorce, bankruptcy, losing kids … these types of events can spiral anyone into depression.

You have to do it for you

Quitting drinking for someone else can work, but eventually you really have to want to quit for you.  Yes, external pressures can certainly get the ball rolling and get you sober, but for long term happy sobriety (what I call zen sobriety), you must want it for yourself.  For me, the shame reason was that impetus that resulted in me enjoying long term zen sobriety.