We often root human experience in the relationship of spirituality and belief. However, the two words are sometimes used interchangeably, even though they have different meanings. With spirituality, the connection is internal, while belief refers to something external to oneself.

It’s good to note that you can be spiritual without believing in any religion. Spirituality to me is knowing that there is a greater power in me I have no control over, and the source of this power is God’s spirit. To others, it can be Allah or any other divine power.

I also believe in a life beyond death, not because of anything I’ve seen or experienced, but because it’s written in the Bible. The belief has been instilled in me since I was a child, so I grew up believing that after death, there is life. Therefore, spirituality comes from your inner being since it’s not affected by external sources, while beliefs come from external forces.

Let’s look at these two terms closely to understand their similarities and differences.

Spirituality can mean distinct things to different people. Still, at its core, it’s a way of looking at the world that emphasizes the connection between humans and something more significant than them (whether that’s nature, the universe, God, or some other force). Spirituality is a way of approaching the world and your place in it.

It’s also about relating to yourself, other people, and your environment. Furthermore, it’s about personal growth, purpose, and making meaning out of what happens to you. Some spiritual practices involve meditation, prayer, or reading sacred texts.

Belief is a psychological attitude in which someone has a high level of trust in a proposition’s truth. It’s a view that something is accurate based on personal or anecdotal evidence. 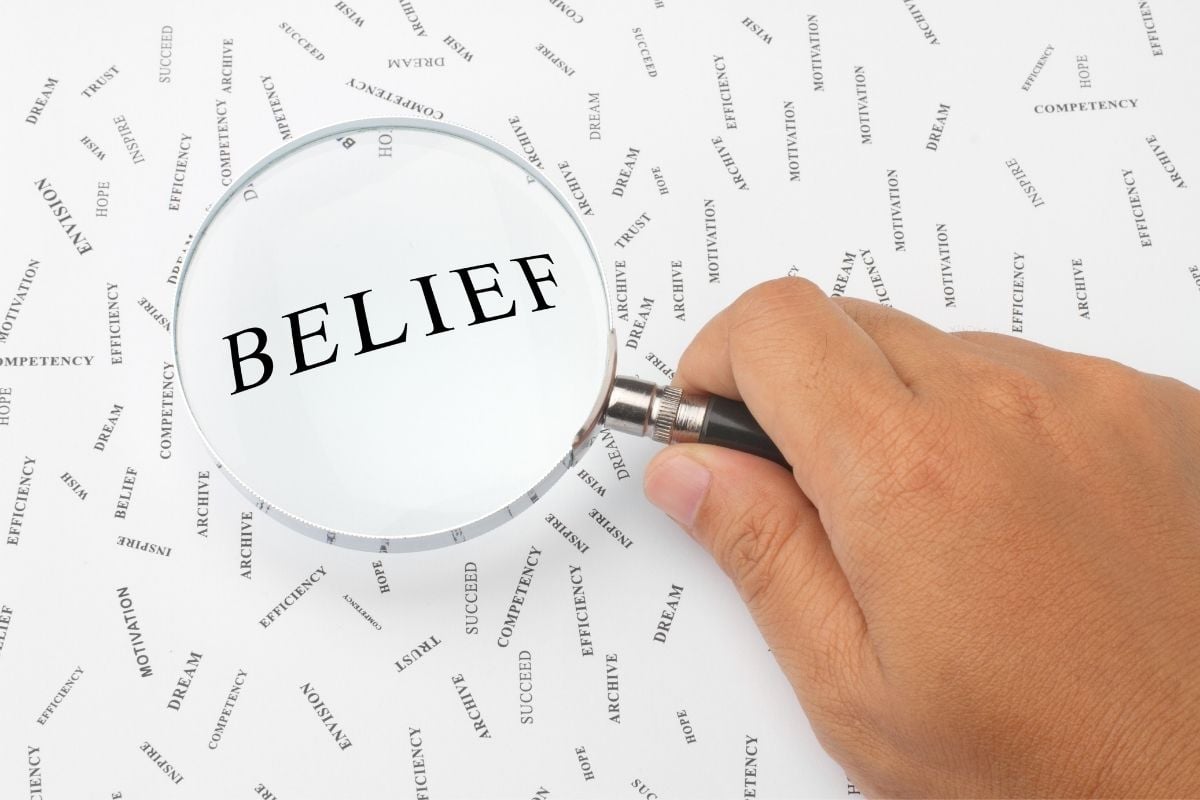 Beliefs can affect how we live our lives and interact with others because they can be the most important thing to us. For example, people may consider religion the most crucial thing in their lives, or they may think science is essential in their lives. However, some people don’t subscribe to any belief system—they believe whatever comes into their minds at the moment.

What Are the Similarities of Spirituality and Belief? 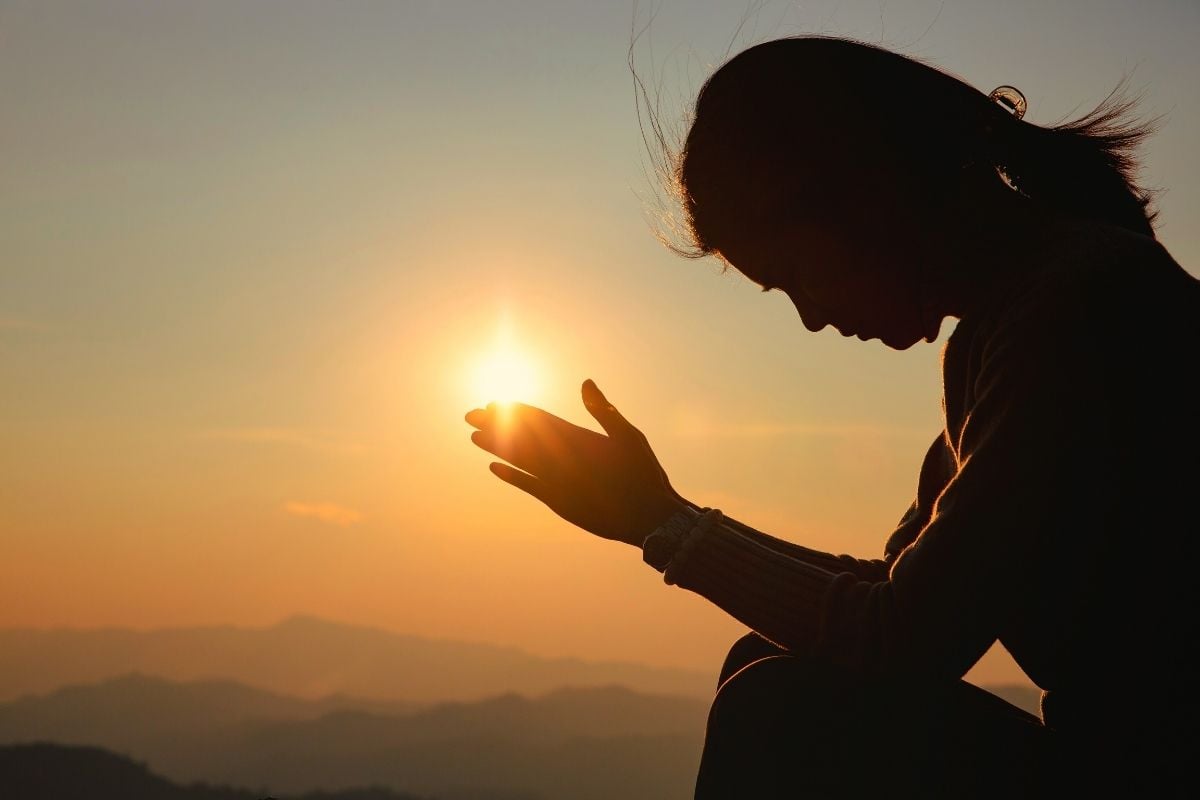 Both Are Based on the Concept of Faith

You’ll need conviction for spirituality and belief to be effective in your life. So, for example, if you need inner peace, which is spiritual, you need to have faith that you can achieve inner peace. Also, if you believe that something will happen, then your faith will make that thing happen.

They Are Based on a Set of Rituals and Practices

In spirituality, you can set up rituals you can follow to grow your inner being. For example, traditions and practices such as meditation, praying, connecting with others, and performing affirmations are related to spirituality. Beliefs also follow set practices such as wearing a cross, covering your head, and being baptized.

The Two Relate to Searching for the Truth

Spirituality deals with uncovering your true purpose and connecting with the higher power within you. Getting the truth will help you achieve inner peace and help you accept and love yourself just the way you are. When you follow beliefs, you expect them to be true in the end.

So you live searching for the truth about what you believe or even hope that what you think will come to pass.

What Is the Difference Between Spirituality and Belief?

This is one of those questions that can keep you up at night, right? How could there be a difference between two things that seem so similar? But the truth is, they’re pretty different if you dig a little deeper.

Spirituality is about personal experience and inner reflection, whereas belief is usually centered on rules or codes of conduct. Also, spirituality is less likely to be tied to dogma than belief. In addition, you can be forced to believe in something, but you practice spirituality at your own will.

You discover the beauty of being spiritual at a personal level without being pushed to do so.

Beliefs Have a Rigid Structure

It’s possible to express spirituality in different ways—in art, music, mindfulness practices, and meditation. But on the other hand, beliefs have much more rigid structures that they must fit into to be considered legitimate by the community.

Spirituality is a belief in or connection to something greater than oneself or the belief that there’s something that exists beyond what we can see and experience. So it deals with your inner self and the spirit in you. Belief is any firm conviction that something is true.

Beliefs are artificial and external, since they are primarily rules that people set.

You can feel spiritually at any age, but it may require time to develop. On the other hand, belief grows more quickly because it comes from personal experiences or information received from others.

A Feeling of Spiritual Connection and Enlightenment

Although spirituality can include beliefs, it also encompasses feelings of connection with others and the universe. It can also lead to spiritual enlightenment. Beliefs don’t necessarily point to an overall sense of connectedness or “oneness” with all things.

Belief May Come with Punishment

When you do anything against your beliefs, it can lead to punishment. For example, if your religion believes that a woman should marry before becoming pregnant, then that religion can expel her if the latter occurs. On the other hand, because spirituality is about oneself, no one will criticize or penalize you if you do something wrong. 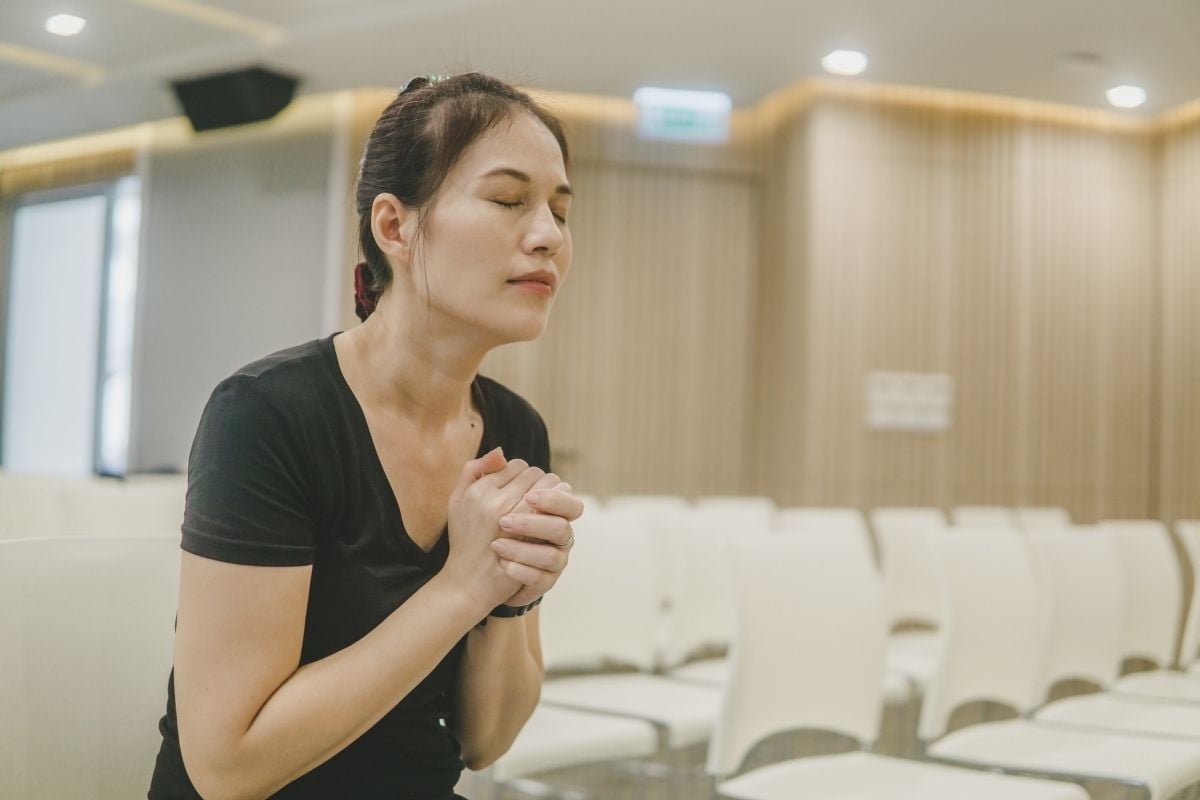 Below are common questions asked about belief and spirituality.

1. Can I Practice Spirituality and Belief at the Same Time?

Yes, you can practice spirituality and belief at the same time. For example, it’s probably common to pick up a spiritual practice (like meditation) and then have that experience change your beliefs about the world or yourself.

2. Can Spirituality Make One Happy?

Studies have shown that spiritual people are happier and more fulfilled than those who are not. They also believe that they are less likely to get mental illnesses such as depression. The reason, scientists suspect, is that spirituality seems to provide a framework for understanding the world and our place in it.

So, while someone who is not spiritual may feel anxious and confused when they face difficulties in life, a spiritual person controls their feelings. They know they can rely on their inner self or belief system to tell them how to respond in such a situation. This sense of security makes it easier to be happy.

3. Which One Is Better? Spirituality vs. Belief

Both are very important because they are the foundation of all religions. When you have a spiritual feeling, you feel that there is something inside you that is connected to God or the divine somehow. This can be an exciting and compelling thing, and it helps to guide us in our lives.

Beliefs are an essential part of spirituality because they comfort us when we need them most. For example, if someone dies and we don’t know where they went, we might think they’re still alive somewhere out there watching over us all the time. This belief can help us cope with grief or loss.

We feel like there’s still a connection between ourselves and those who have passed away, even though they’re no longer here physically with us.

Spirituality and belief aren’t the same things. Spirituality is our inner connection with life, peace, nature, and other living things. Beliefs, on the other hand, are the core principles we hold.

Also, spirituality is our innate need to feel connected, while beliefs are what we project onto the universe to give us meaning or a sense of purpose. So both forces define our existence and shape our lives. However, the two go about it in very different ways.