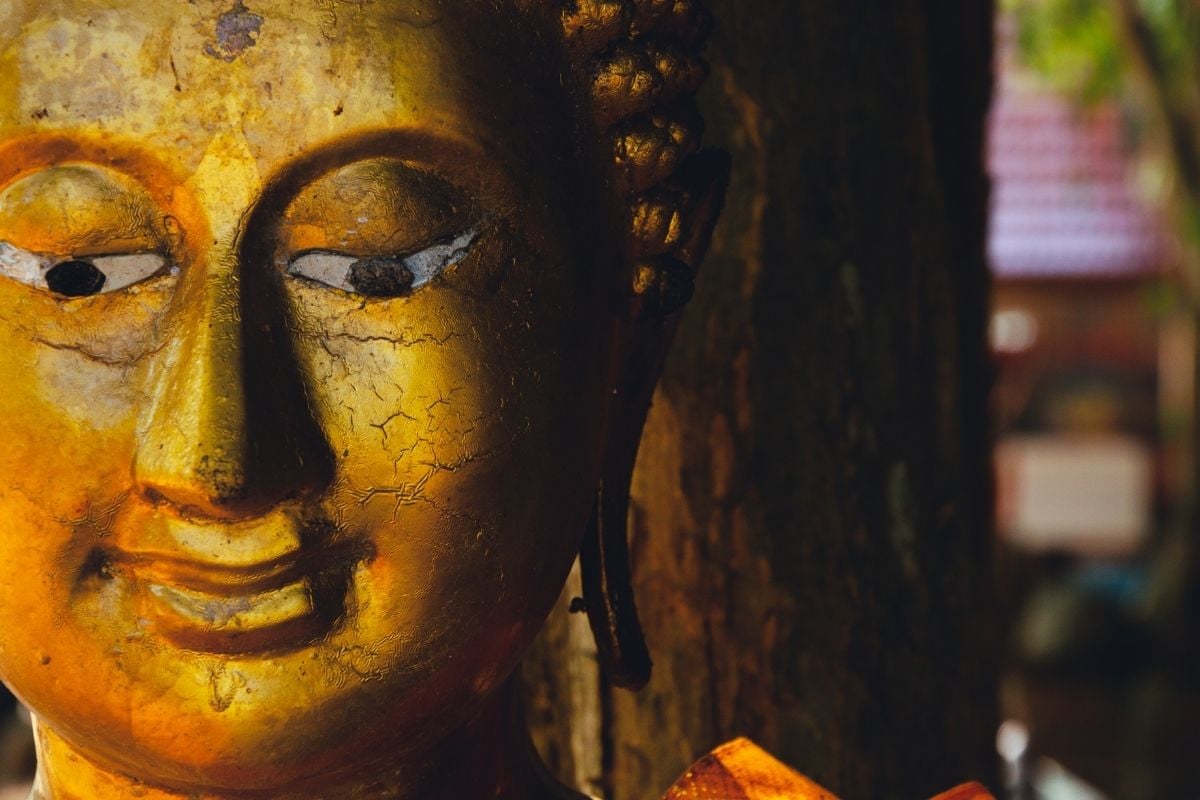 A common way for many people to describe their faith is by saying they are spiritual, but not religious. What does that even mean? Many people automatically think it means the person practices a form of Buddhism, but do they really?

Does a spiritual, but not religious person, practice meditation? Do they try to live a certain lifestyle? Do they buy the impossible burger on a routine basis?

We are going to look at what spirituality actually refers to and how it differs from Buddhism. Let’s start with the basics about each faith practice.

Contents show
What is Buddhism?
What is Spirituality?
Where Do Buddhism and Spirituality Differ?
What is the Same?
Can you Practice Both?
Are you Spiritual, Religious, or Both? 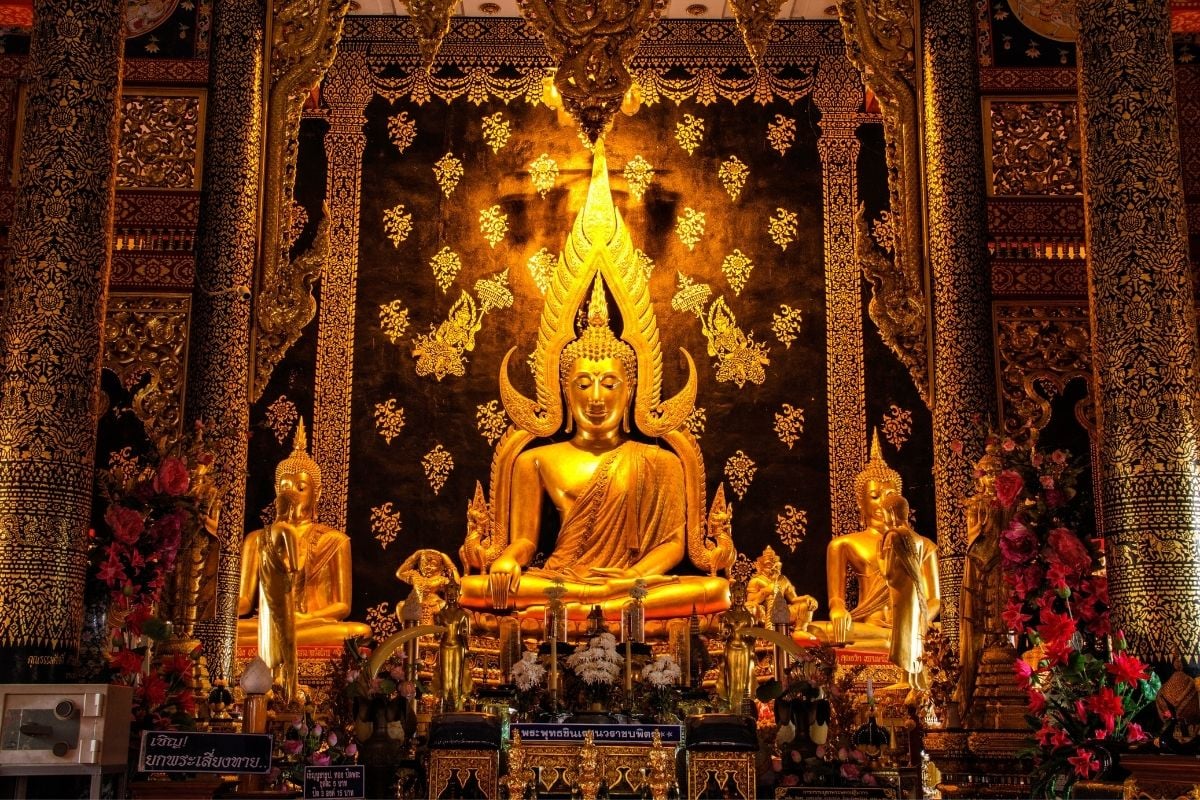 If we are going to understand what the similarities and differences are between Buddhism and spirituality, we have to first look at what each belief is. Buddhism is sometimes confused as a faith that worships Buddha and follows a monotheistic philosophy. The truth is a bit more complex. Buddhism is spiritual-based faith.

People who follow this faith do not necessarily worship Buddha, however. What they do is follow the path that Buddha lived. They attempt to reach a mental state of what is called Nirvana.

This can be done through changing things in your life, changing outlooks, and following a peaceful way of life. Meditation is part of the practice. For many followers, it also means eating a vegetarian or vegan diet.

There is no belief in following a deity. There is also no concept of Christian-style heaven or hell. Life is ongoing. Life is neverending.

Life is energy and energy does not end. If there is suffering, heartache, bad days, or bad choices in life they are all due to being part of life and the choices we make. They are not due to a place of eternal suffering or to a possible deity that is in charge of that eternal suffering.

In essence, Buddhism is a peaceful way of life that follows the teachings of Buddha and other philosophers. There are many practices within the faith path including meditation, eating choices, and morality. 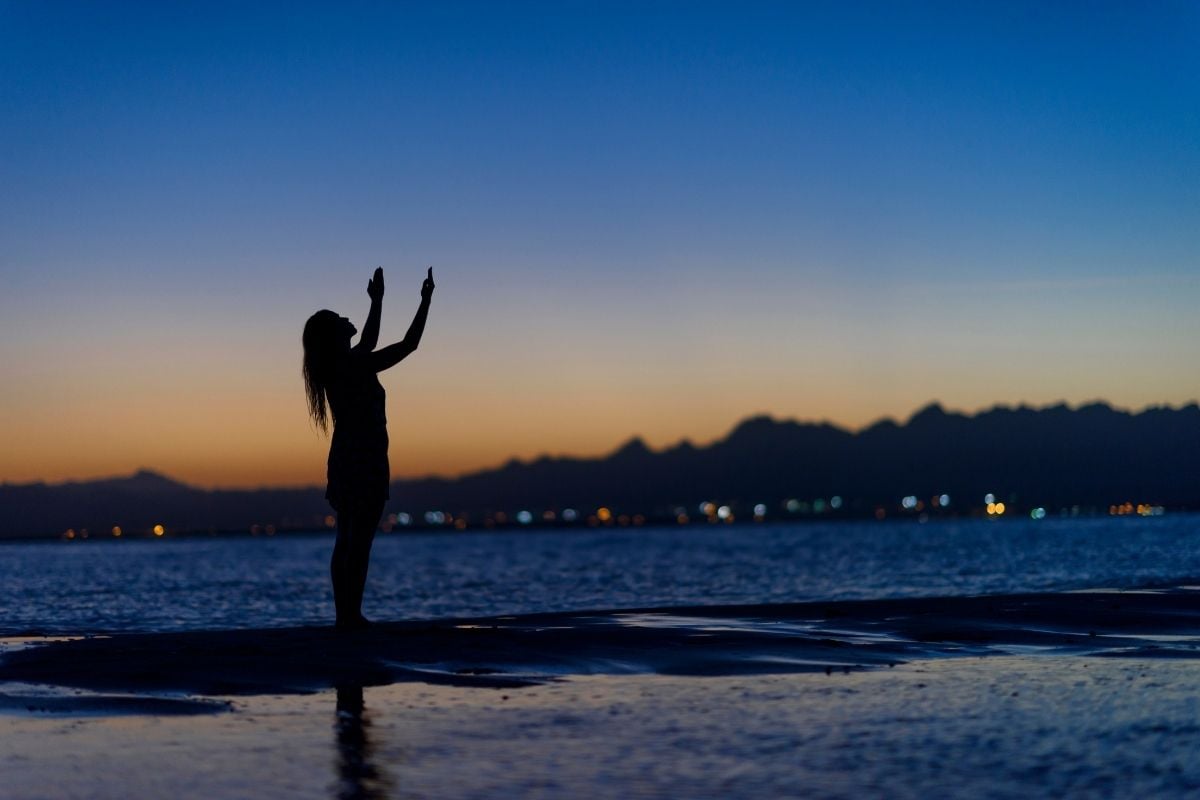 If you know someone who is spiritual, you may be thinking that spirituality sounds a lot like Buddhism. So, let’s look at spirituality and see how close they are. Spirituality is more of a concept than a faith.

This means that it is a way of bringing together several practices that are similar among the people who practice them. For example, spiritual people who are not religious tend to lean towards practices such as meditation, deep breathing exercises, and following those philosophers that bring these practices together as a way of life. Though there are a lot of similarities between spirituality and Buddhism, the way of life can differ from person to person.

One person who is spiritual may only hold beliefs about the world and life and never actually practice any sort of meditation or routine faith practice. This makes spirituality more of a belief system or philosophy than a faith.

Where Do Buddhism and Spirituality Differ? 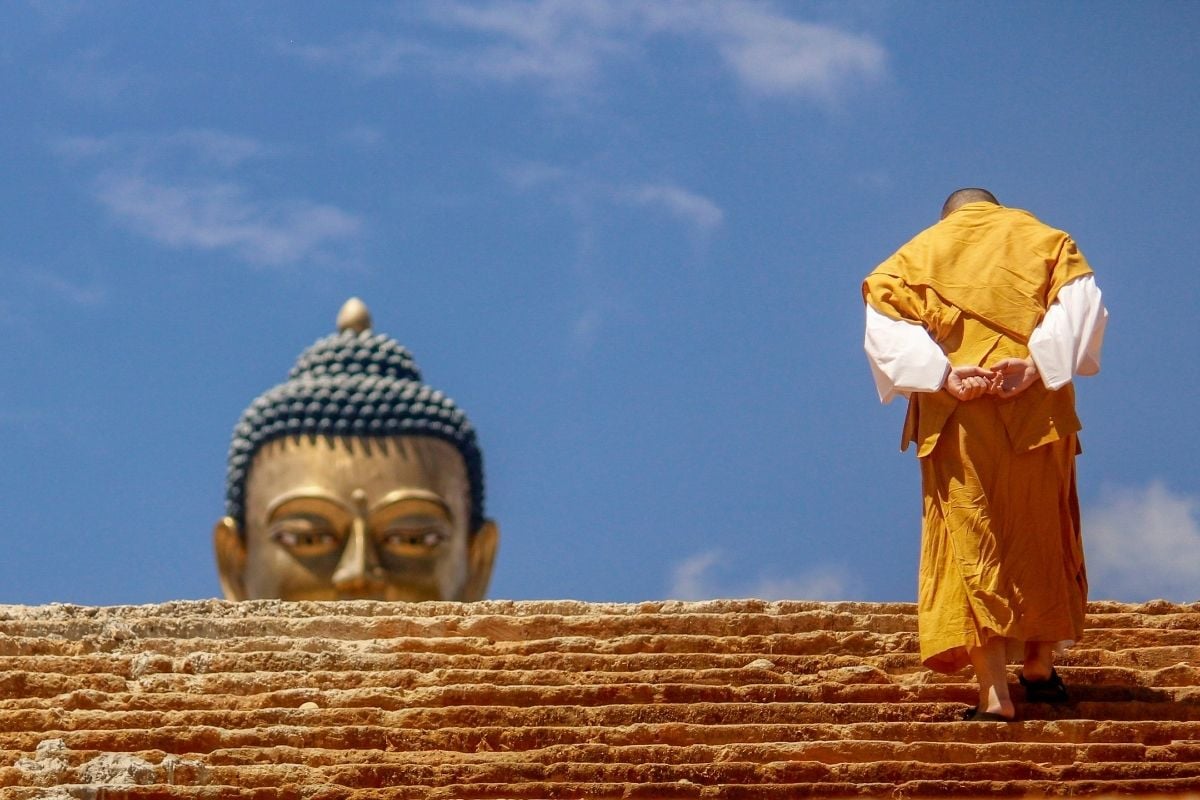 So, we know the areas where Buddhism and spirituality differ on a broad scale. Now, let’s look at how they differ on a fundamental level. Buddhism has a set of beliefs and practices that are followed by members of the faith.

The differences in how intently may differ depending on the type of Buddhism the person follows. Spirituality, however, does not have a set set of practices. There is no day in the life of spirituality that is the same as the previous day.

The only set practices within spirituality or the ones that individual places on themselves. These practices are not necessarily a group effort or a fundamental belief shared by large groups of followers.

What is the Same? 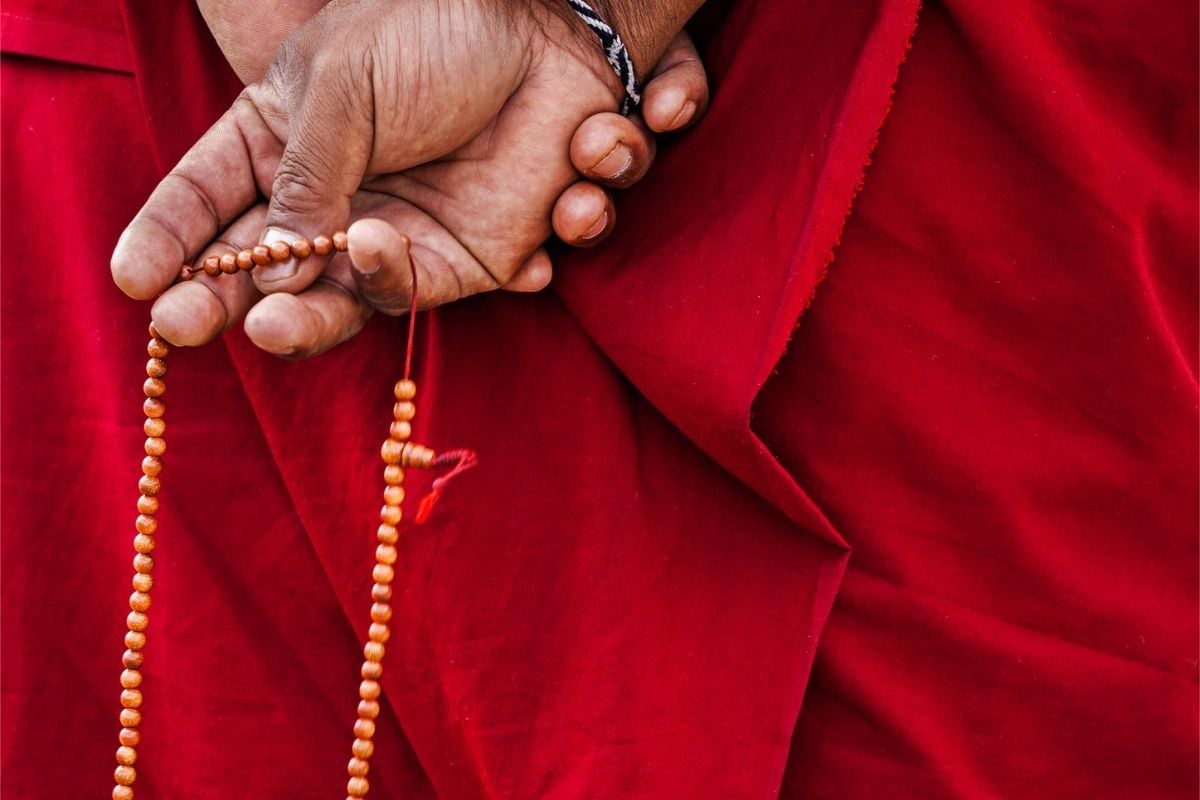 You may be wondering at this point how Buddhism and spirituality are the same. There are many beliefs that both share, even though they may be practiced as a point of faith by Buddhism and not spirituality. One of the big areas that overlap is the belief in a deity.

Many followers of both Buddhism and spirituality do not have a particular diety they follow. They both tend to follow teachers, gurus, and spiritual leaders that speak to their heart and their mind. There are also places of worship that like-minded people can attend, however, there are generally no requirements or expectations of weekly attendance.

These places tend to be open 24 hours or at set times daily for people to use and practice safely. Both Buddhism and spirituality can be practiced in groups or as a solitary personal practice. The concept of living a better life and reaching a level of wisdom is also a shared part of both practices.

Can you Practice Both?

You may be wondering if you can actually practice both Buddhism and spirituality. The simple answer is yes. This is mainly due to the ability with spirituality to mix many different practices to create a practice of lifestyle that works for you.

This means that you can take bits and pieces of Buddhism and integrate them into your spiritual practice. You can follow the viewpoint of taking what you live from the practice and leaving the rest behind. Now, if you are Buddhist you will likely already be practicing some of the things as a spiritualist does.

Where a spiritualist can practice both, a Buddhist is simply practicing their faith.

Are you Spiritual, Religious, or Both?

The next question you might have is are you spiritual, religious, or both?  The easiest way to figure this out is to look at your faith practices. Do you worship a deity?

If you answer yes, then you lean more to a religious following rather than a spiritual one. Do you believe there is a deity or force that is in charge of suffering and sadness? If you say yes, then you are more religious than spiritual.

Do you practice the same routine on a weekly basis with other people? Even if you are at home alone, are there others following the same beliefs and practices of prayer that you are? Then, you lean more toward religion than spirituality.

Do you mix several different practices and, in essence, practice your own set of beliefs? Then you lean toward spirituality. Do you follow teachers from various walks of life and faith backgrounds?

Then again, you lean toward spirituality.  So, the essence of the question is Buddhism and spirituality the same is yes and no. They have similarities, but in essence, they are not the same since one is a set philosophy and the other is a mix of philosophies.