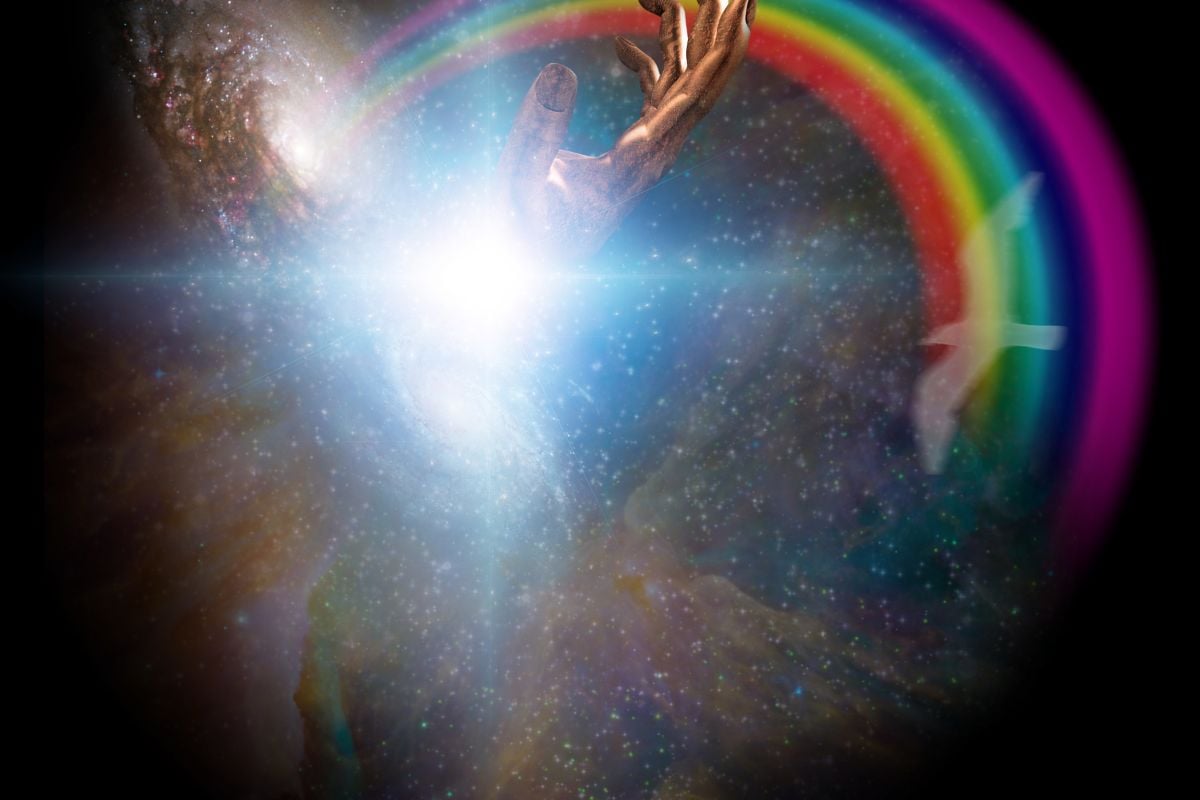 Science and spirituality are often pitted against one another as if the scientist abhors spiritual belief, and spirituality condemns the pursuit of science. Understanding these two fundamental human experiences offers insight into how they align in our search for greater understanding and connection. 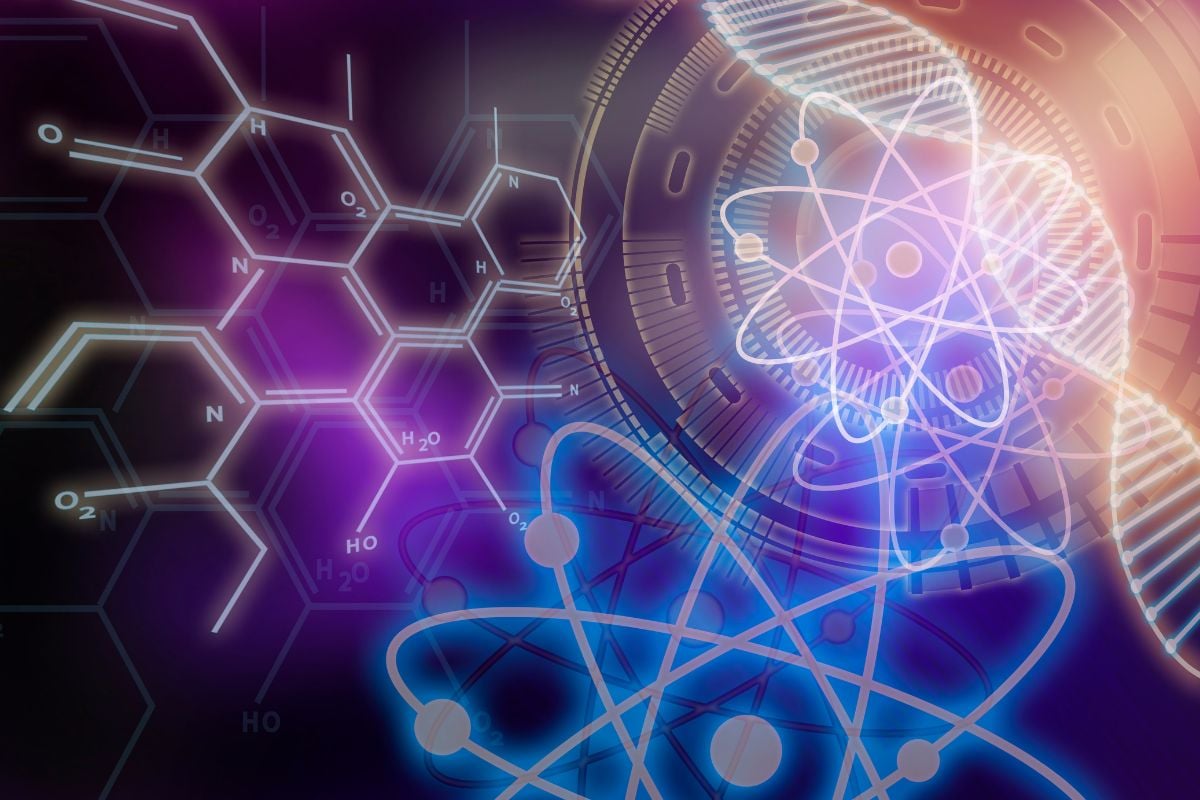 Science is the systematic study of the natural and physical world using rigorous observation and repeated experimentation. Science evolves as we gain more information about the world and develop better tools to observe and measure what we encounter. Curiosity and a desire for expanded knowledge drive scientific exploration.

A Brief History of Science

Much of what we think of as science has roots in ancient Egypt, where developments in astronomy, neuroscience, mathematics, and engineering carried forward into modern civilizations. In ancient India, as far back as 4000 BCE, we’ve found evidence of early engineering principles and mathematics. Likely, scientific study goes back as far back as humanity does.

We have a natural inclination towards keen observation, asking questions, and experimentation. There’s evidence that early human societies had access to astronomy, chemistry, agricultural sciences, early medicine, and engineering worldwide. In the 8th century, Muslim scientists developed a greater understanding of mathematics, astronomy, and chemistry.

They expanded our knowledge of medicine. In fact, it was an early Muslim, Ibn al-Haytham, known by some as the ‘first scientist, who we can credit for the development of the first iteration of the scientific method used today. Europe got a late start, blossoming from the 14th century and against in the 18th and 19th centuries.

Before the 19th century, the word scientist was unknown. Instead, they described themselves as natural philosophers.

The scientific method has been critical to the pursuit of science since the 17th century. Critical observation, skilled investigation, fervent skepticism, and peer review lead to a greater understanding of existence. There are six steps to the scientific method. 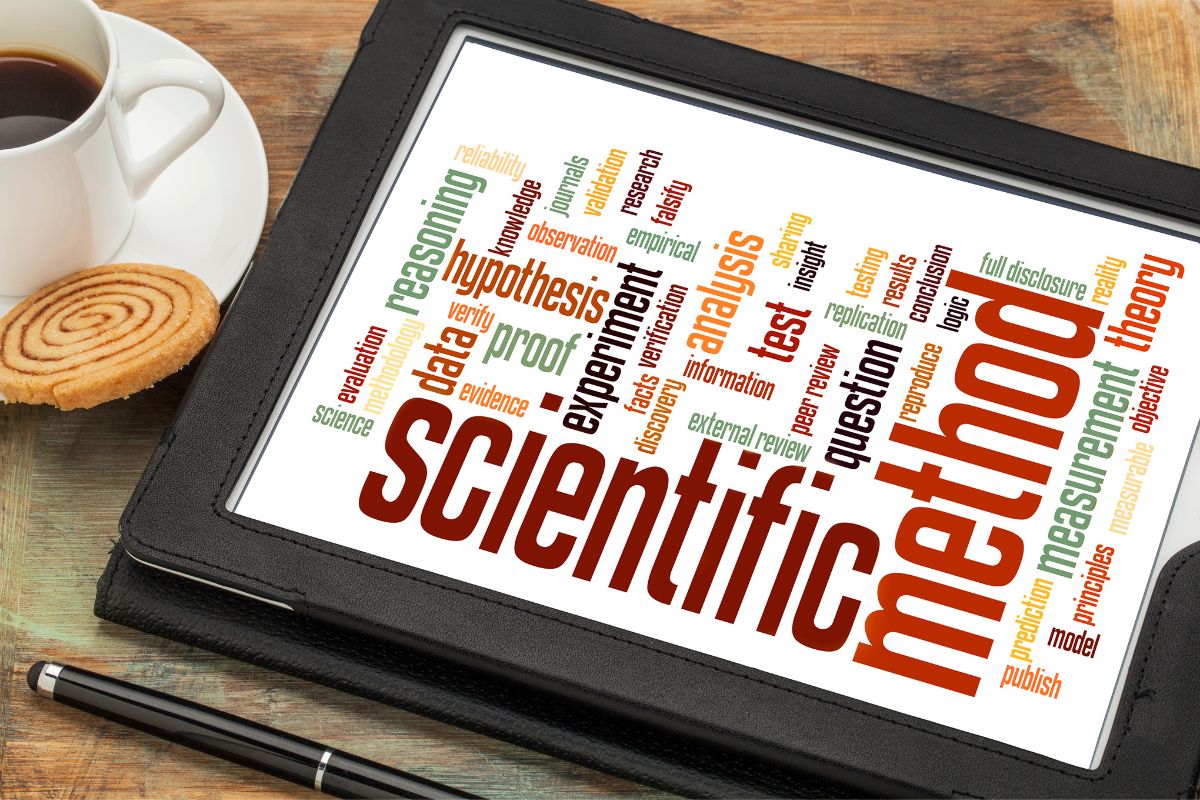 1 – Based on critical observation, the scientist asks a narrowly constructed question.

2 – Armed with the parameters established by the question, the scientist conducts background research to discover what’s already known about the topic. This research process helps improve the construction of a hypothesis, which comes in step three.

3 – The scientist develops a hypothesis. In simple terms, a hypothesis predicts the answer to the question asked. A good hypothesis must be measurable, testable, understandable, and contain an independent variable and controlled variables.

4 – The scientist then determines if their hypothesis is accurate through experimentation. Scientific experiments seek to control as many factors of each experiment as possible to understand the real impact of the variable factor. Experiments are repeated to ensure the results weren’t a fluke or a result of an unknown variable.

5 – The results of a well-designed experiment will inform the scientist if their hypothesis has support. The scientist analyzes the data gathered from the experiment to understand the results. Often, the results raise more questions to investigate before they draw a conclusion.

Sometimes they disprove the original hypothesis and must ask a new question. If the evidence supports their hypothesis, then a new experiment may be conducted to test the hypothesis from a different angle.

6 – The scientist shares results with peers. Science is a communal effort. Each experiment and its analyzed results are distributed to others in the community, whether or not the findings support the original hypothesis. This sharing allows others to add to their understanding of the subject.

Through the perpetual cycle of observation, inquiry, experimentation, analysis, and peer review, science evolves with our improved ability to understand the world we inhabit. As we gain new tools and insights, we sometimes discover that old understandings no longer hold up to new evidence. That is not a flaw of science but a feature. Greater knowledge leads to a greater understanding over time. 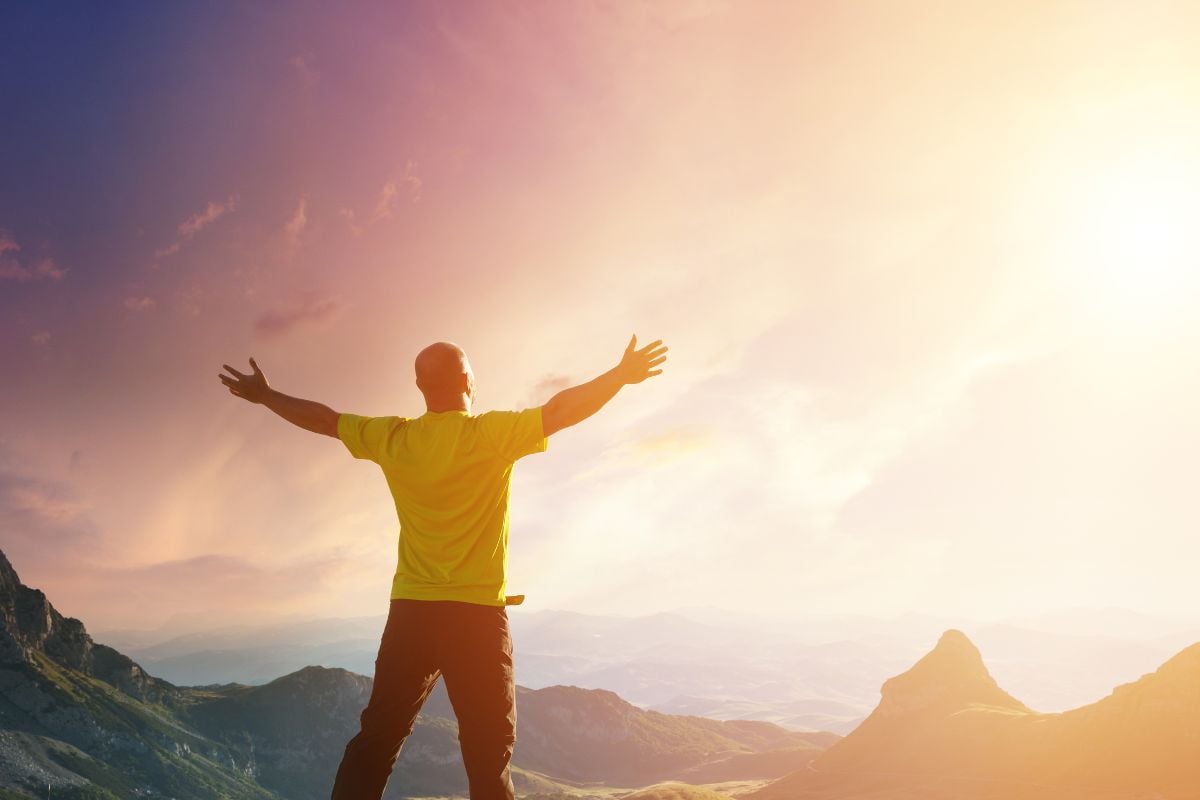 Spirituality is a universal human experience in which people gain a sense of connection to something beyond the mundane. Spirituality is distinct from religion, though spiritual belief forms the core of most religious practices. Spirituality does not require a belief in an intelligent higher power or God, though it may include such a belief.

Spiritual belief can be found even in secular people. The experience of spirituality divorced from faith in a God centers on awe at the majesty of the universe and connection to each other and the world. As Neil DeGrasse Tyson explains, “We are all connected; To each other, biologically.

To the earth, chemically. To the rest of the universe atomically.”

The Origins of Spirituality

Spirituality, as defined as a search for connection, values, and purpose, has roots back as far as we can reliably trace in human culture. As a species, we’ve sought ways to understand the world around us. Science can help us observe and explore the natural world around us.

Spirituality allows us to explore the inner world of experience that is not easily quantified. One can find evidence of spirituality in our early ancestors shaping clay into representations of their Goddess or the painting of hunting animals on cave walls that dance and jump in the firelight, animated by simple tricks to stir the soul. Over time, humans developed complex spiritual beliefs that became religious dogma.

Whether secular or religious, spiritual belief has three common components.

If one feels connected to a higher power, one might devote their life in service to God.

Are Spirituality and Science in Opposition? 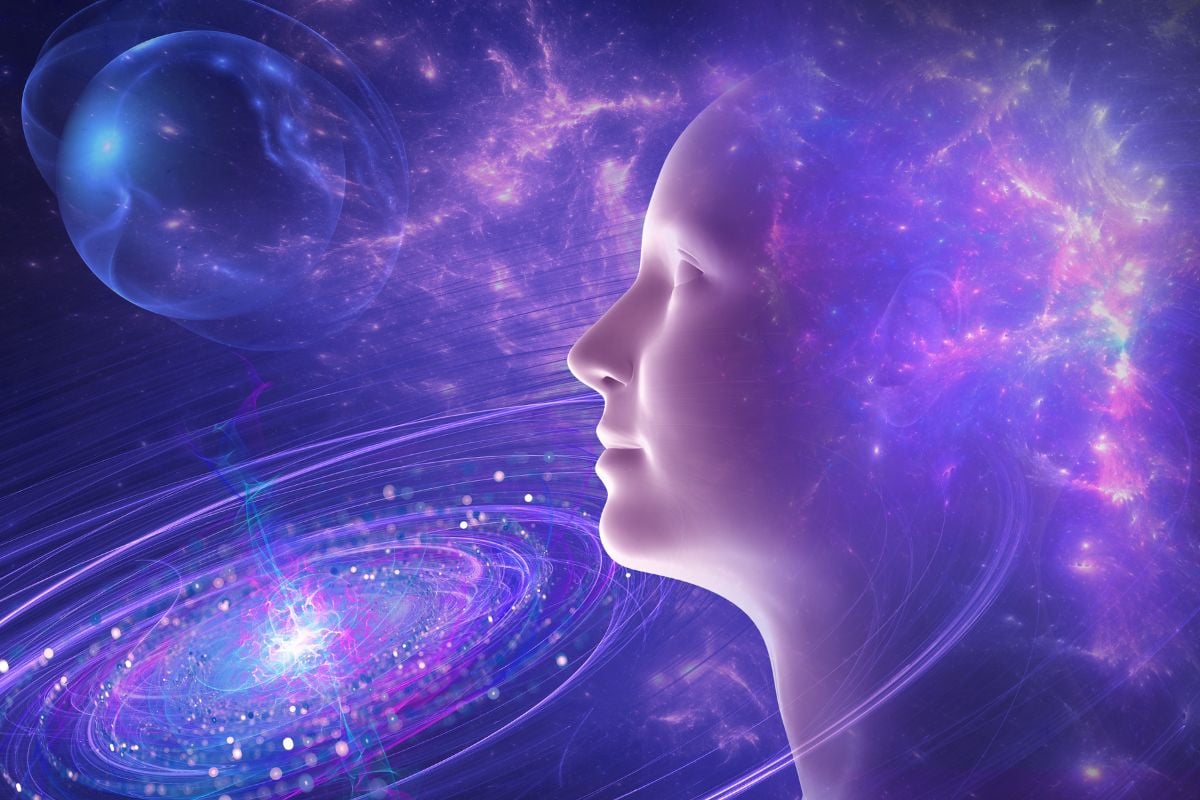 Science can study the impact of spiritual belief, but it cannot study the core elements of spirituality. Scientists have expressed a sense of connection and awe at exploring the far reaches of space or discovering a previously unimagined form of life. These moments can be so profound as to land in the spiritual realm.

Scientific discovery has been driven by the spiritual belief – many early mathematicians were seeking an understanding of the structure of the world, driven there by a belief that mathematics revealed the work of a higher power. The sacred and the scientific are fundamentally important aspects of humanity’s search for truth and understanding. Spirituality draws us towards moments that make our spirit sing; science illuminates the world we inhabit with a keenly inquisitive mind and rigorous application of a methodology to allow us to define reality better.

Science can answer many questions about our world; spirituality helps one feel connected to it. As Carl Sagan wrote,” Science is not only compatible with spirituality; it is a profound source of spirituality. When we recognize our place in an immensity of light‐years and in the passage of ages, when we grasp the intricacy, beauty, and subtlety of life, then that soaring feeling, that sense of elation and humility combined, is surely spiritual.

So are our emotions in the presence of great art or music or literature, or acts of exemplary selfless courage such as those of Mohandas Gandhi or Martin Luther King, Jr. The notion that science and spirituality are somehow mutually exclusive does a disservice to both.”