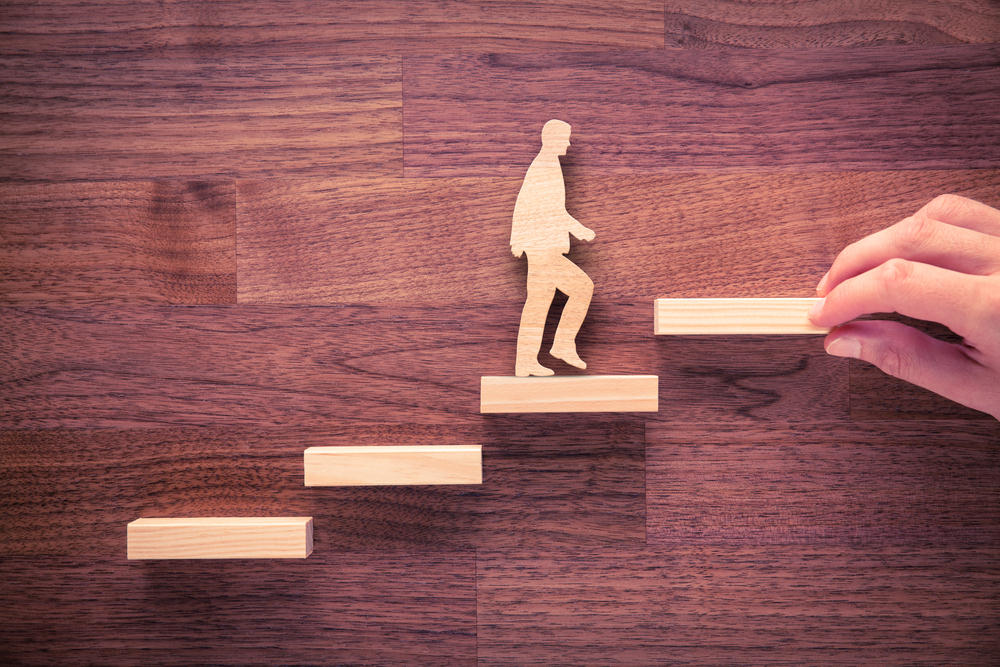 Quitting drinking is life-changing.  It was gut-wrenchingly difficult for me.  I suffered a lot before it got better.  I was torn in 2 directions … I needed to heal, but the ambitious and grandiose alcoholic in me wanted to get going with my life weeks after stopping drinking.  I certainly wasn’t gentle with myself, which is a shame because early sobriety should be a time of rejuvenation and healing … 2 processes that were lost on me.

Nevertheless I managed to stay sober and actually build up a wonderful life.

This morning I reflected back on my stages of recovery … here they are.

I accepted immediately that as  a drunk I was insane.  However, it took me some time to realize that I was also insane in sobriety.  I had an alcoholic brain that was deprived of its favorite substance.  I was nuts, pure and simple.

I attended meetings almost daily.  I walked a lot because I had no car.  This was actually really good for me.

Every day had one or some of the following conversations in my brain:

Despite the crazy conversions in my head and daily denial, I managed to string one day after another.

Walk one hour a day.  It cleared my head and gave me something to do.

Got a sponsor who kicked my ass and motored me through the steps.  He was instrumental in me staying sober.  He also got me to make my amends which was also a big turning point in my sobriety.  I dreaded step 9 for a long time.  This sponsor didn’t mince words … “do all the steps right now or get drunk again.”

Raging character defects:  All of them.   No seriously, I was resentful that I was an alcoholic and full of shame for my behavior.  I holed up in my apartment for 2 months, leaving only to buy food and go to meetings.  My hermit tendencies reigned supreme.

Making friends in AA saved my life.  I made an effort to reach out to young people in AA.  I hung onto them with everything I could.  They were my lifeline.  We went to AA meetings all the time and hung out.  We kept one another sober.  One person, who will remain nameless, was the go-to guy who always planned stuff for all of us.  He is the kindest, funniest guy ever and he literally saved my life.

At this point I didn’t think about drinking every day.  What a relief.

I got involved in my AA home group.  I had a formal position and attended business meetings.  Yikes, I was actually doing service, which for this selfish alcoholic is and was a tall order.

Once I had friends in AA, I started smiling and laughing.  This was a major changing point in my life.   This is when I got step 3.

Started working out and getting healthy again.

I was living a good life as a single guy in my twenties … not the raging mid-twenties drunk I was.

Raging character defects:  Fear ruled supreme.  I feared the future and the uncertainty of it all.  If I could manufacture a problem in my head, I did.

When I got sober the second and last time, I was in post-graduate school.  I finished that program sober.  Amazingly I managed to finish despite drinking for part of the program.

I graduated when I was 2 years sober.  I immediately embarked on my new career … excited and passionate about my work.

This was also scary because I had to move away from my AA meetings and friends to start my new job.  It was terrifying because my AA social life was instrumental in staying sober.  I resolved to find a new home group ASAP upon arriving at my new destination.

Character defects at this time:  Grandiosity.  I am a grandiose alcoholic, even in sobriety.  I wanted to go out and make a pile of money and be super successful.  Yes, I still had sober progress to make.

When 3 years sober, I entered into a serious relationship with a woman who I would marry and have a son with.

When I was sober 6 years, we got married.  No, I didn’t think I had to be sober 6 years to get sober, it just happened that way.

I’m easing the throttle on reading self-help literature and instead living sober.  I still go to AA meetings regularly and was involved with the admin side of my home group for about one year.

Whoah, life is cranking up big time.  Never in my drinking life did I think I’d be a sober dad and running my own business.  Life is crazy busy but extremely fulfilling.

I go to one to two AA meetings a week.  I have good AA friends.  I have a full family.  This is all remarkable for any alcoholic.  I feel like I’ve hit the jackpot … in fact I have and it’s not the material things … it all started by getting sober.

Glaring character defect:  Fear.  Yup, that ugly fear reared its head again.  Having a child while starting a new business is frightening.  It wasn’t that hard supporting myself, but now I have dependents which ramps up the responsibilities big time.  I definitely have to work on letting go of the fear and placing trust in my higher power.  I also need to get back to basics such as accepting people, places and things.

Why am I telling you my stages of recovery?

I tell you the above because my life is working.  I still have problems.  Big problems, but they’re nothing compared to my drinking problem.  My problems are the problems of life.  I just deal with them now … not always as eloquently as I should, but I don’t drink over them.

IMPORTANT:  Notice the timeline?  Good things came in time.  All of the above didn’t happen over night.  In the beginning I wanted it all yesterday.  However, great things came about in time … at just the right time.

Seriously, I speak with people new in sobriety who expect to restore and build their life in a month.  It’s not going to happen.  You must be patient.  Drinking again is not going to help.  Had I started drinking again, the above stages of my life  would be a sad Country music song.

My stages of sobriety are mine … we all travel different paths

Actually, my journey is not a whole different than a lot of non-alcoholic people … school, career, wife, kids.  However, do NOT measure your phases of recovery against mine or anybody else.  Just stay sober and work on living a happy sober life and the rest will follow as it should.  When you try forcing a square peg in a round hole, you get nowhere.