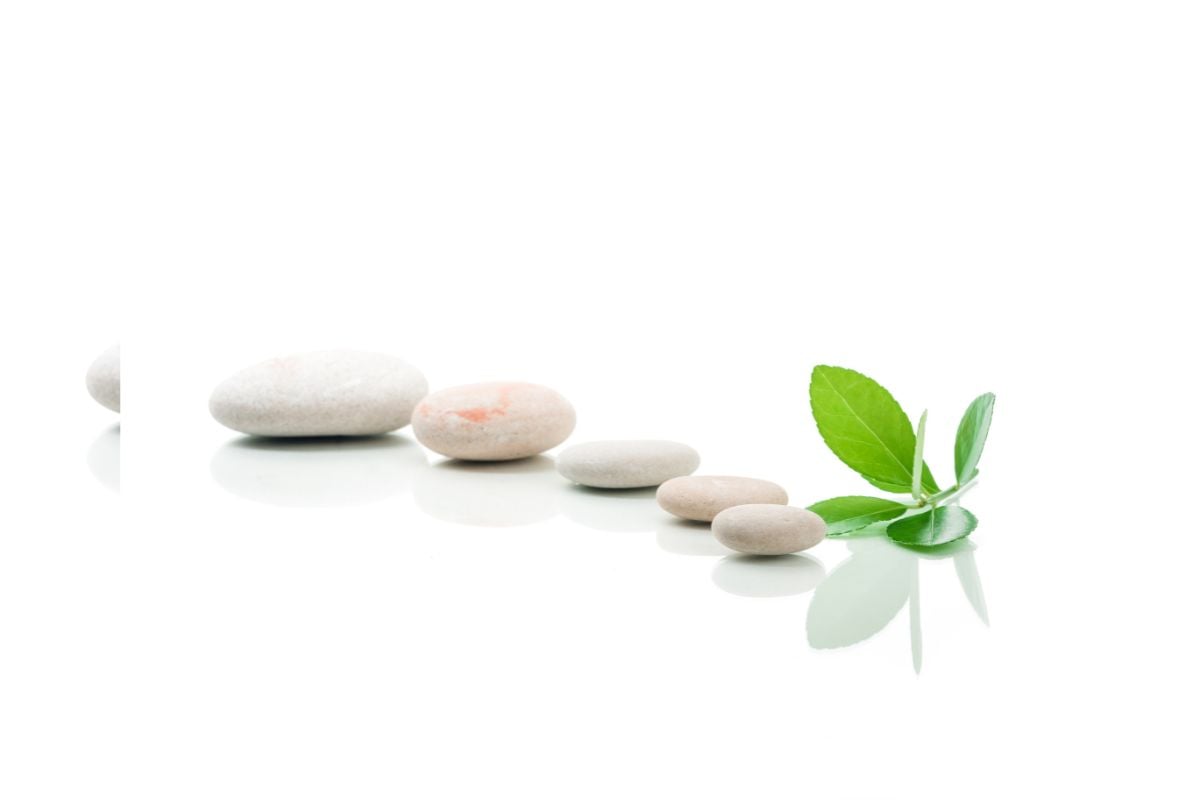 The will to believe writes William James, who is one of my favorite authors, consists in “our right to adopt a believing attitude in religious matters, in spite of the fact that our merely logical intellect may not have been coerced.” And the same writer goes on to say that a “live [religious] hypothesis is one which appeals as a real possibility to him to whom it is proposed.” Now I am not a religious man.

Nor do I subscribe to any spirituality of any kind. Those who believe hold that there is an invisible world, and it is quite tangible to them. Many of these same individuals use meditation stones to maintain emotional and mental balance.

If you are such a person or are curious about it, the following will give you some insight into these stones.

What are Meditation Stones?

They are more commonly called crystals, and they have different traits. Some are meant to infuse you with vibrant energy, while others bring calm and clarity to your mind. Bringing these crystals into your meditative practice can help raise your spiritual awareness and help you journey into deeper insights.

They bring protection, inner power, harmony, and healing. They can help you deal with the stresses and strains of everyday life.

These are some of the most popular types of meditation stones: 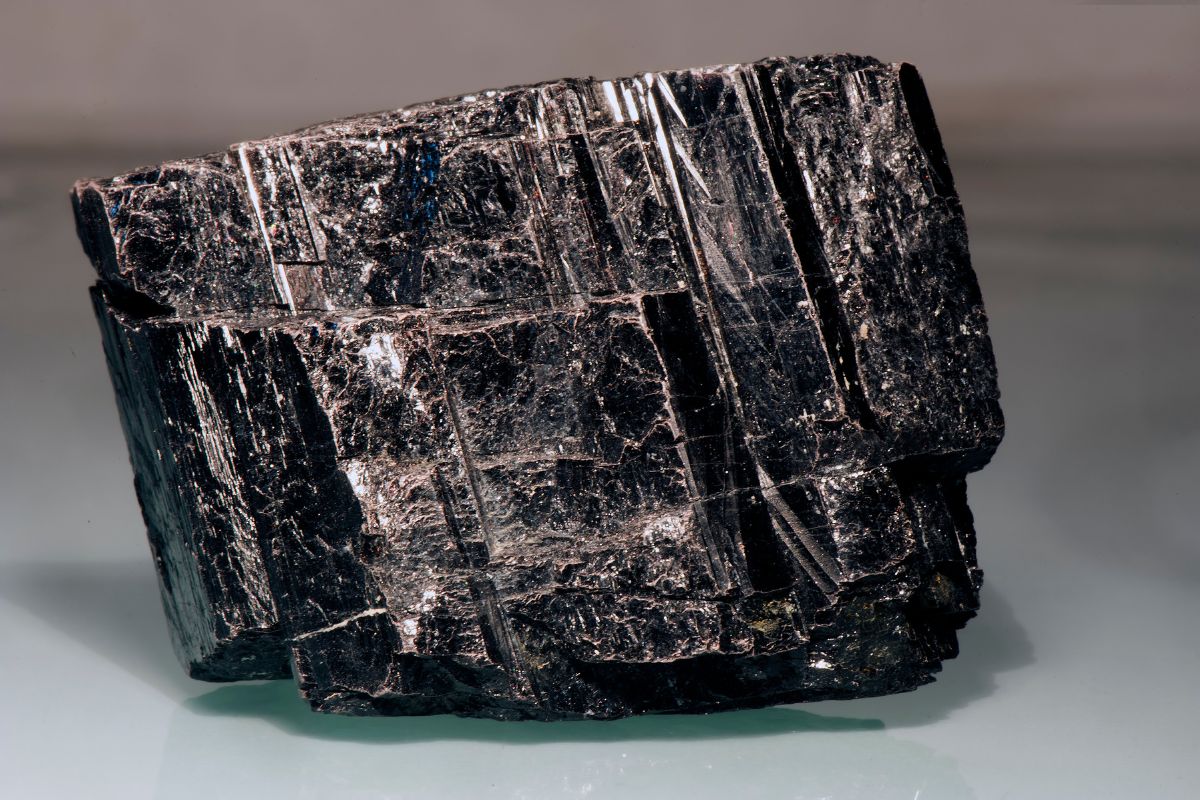 This stone is black and brims with raw volcanic energy. It provides you with a cloak of protection, and it is very much about keeping negative vibes at bay. The stone is also huge, which help you stay tethered, no matter how spaced out your meditative mood gets.

You should use the stone when you need to shift from a negative mood to a more positive feeling. 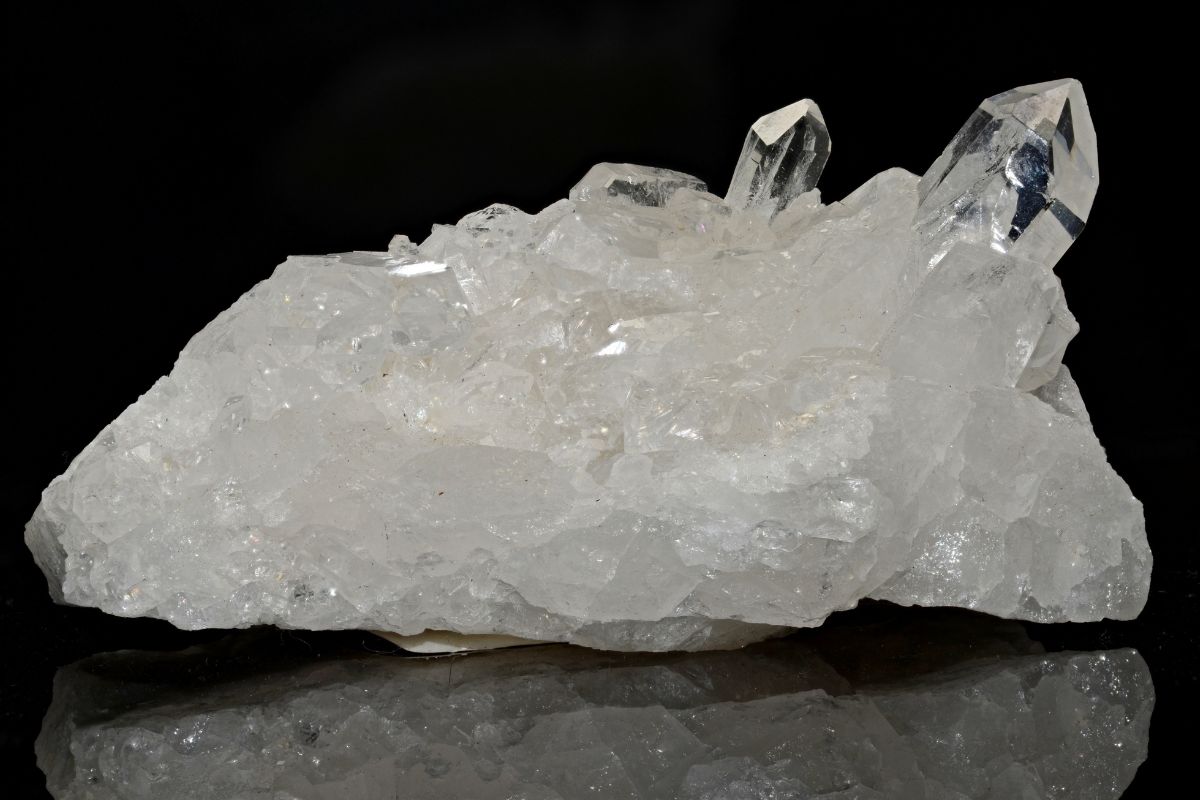 This is a bright and sparkling stone. It is a master healer gem that has a shimmering blank canvas that you can align to your intention. With clear quartz you can whisper a mantra. It is also an extraordinary amplifier of energy that will allow you to better understand your dreams.

You should use this stone when you need to clarify the chaos in your life. 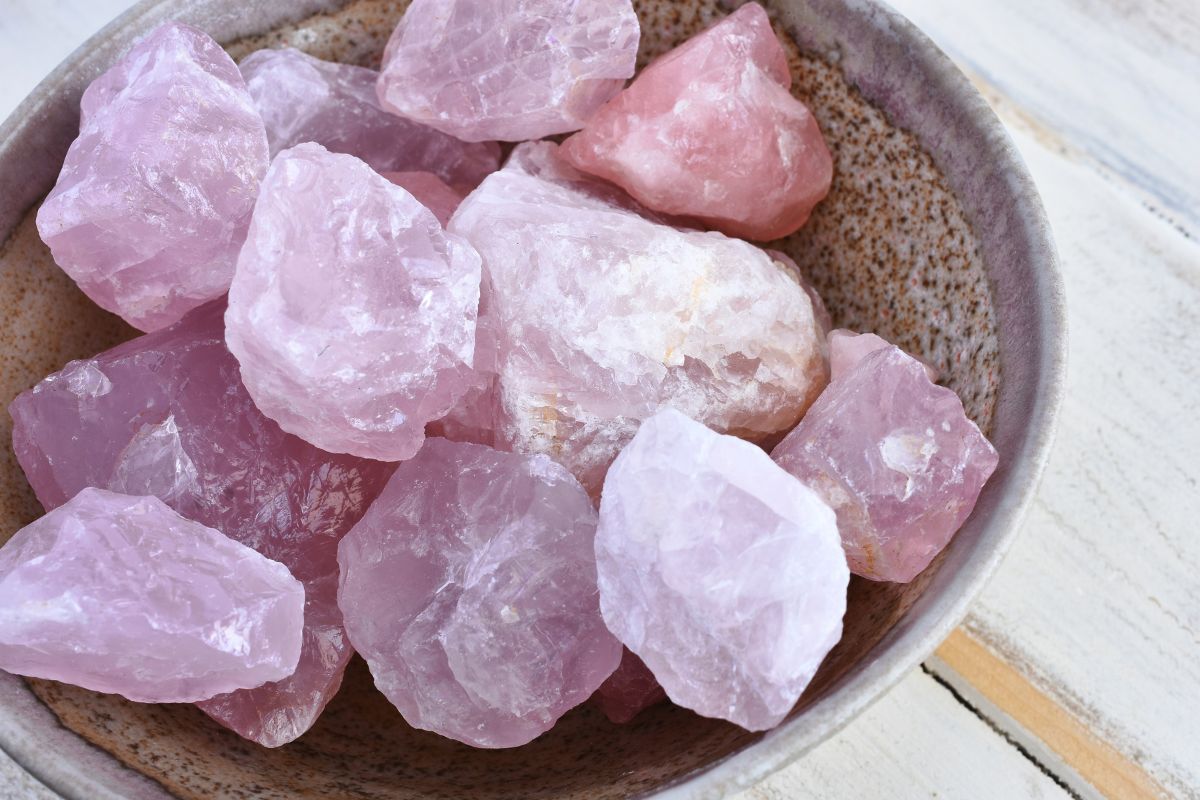 This stone has a pale cherry blossom look to it. It is the stone of universal love, which is the kind of vibe you want to carry into your next meditation. The stone is also a heart healer, and it does the powerful and gentle work of helping you increase your levels of love and trust.

You should use the stone when you need help in the affairs of the heart. 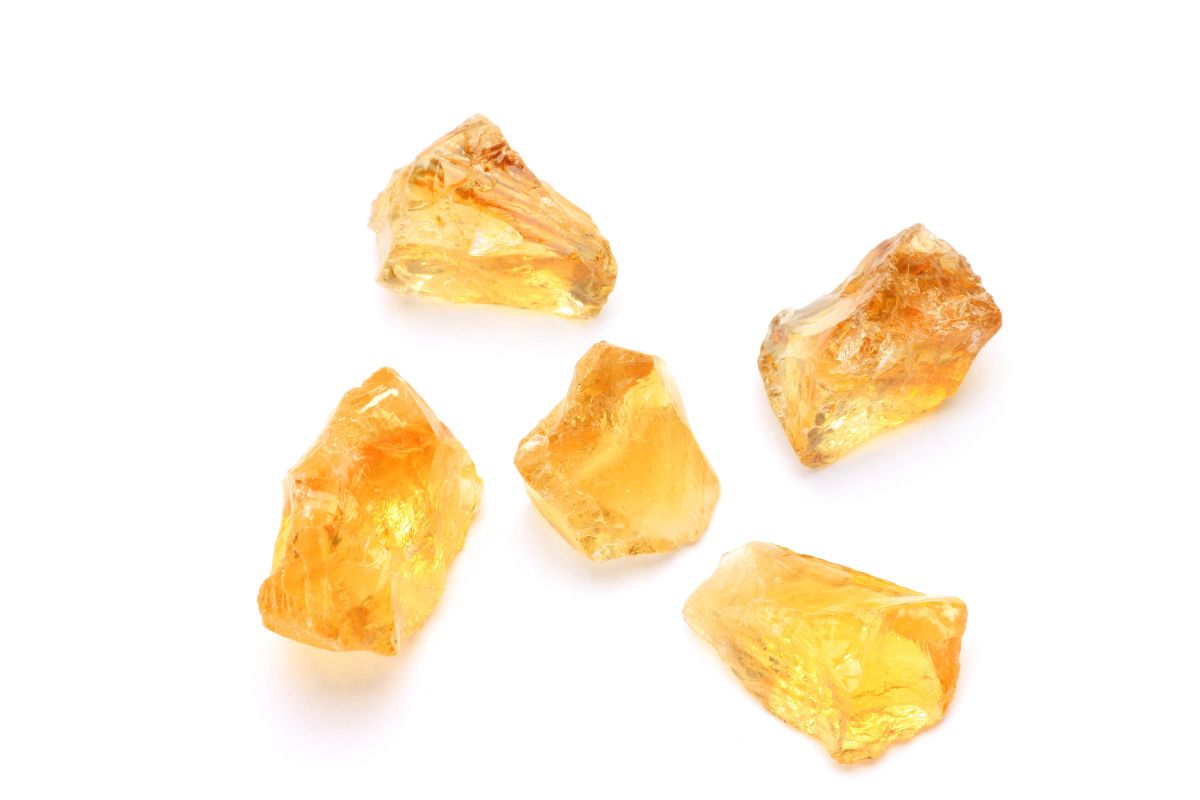 It looks a bit like a citrus fruit. This stone gives you a burst of positivity and provides a space in which you can reach the sublime. Citrine facilitates all that is positive and is a bringer of good fortune.

You should use it in your meditation when you feel like the weight of the world is on your shoulders. 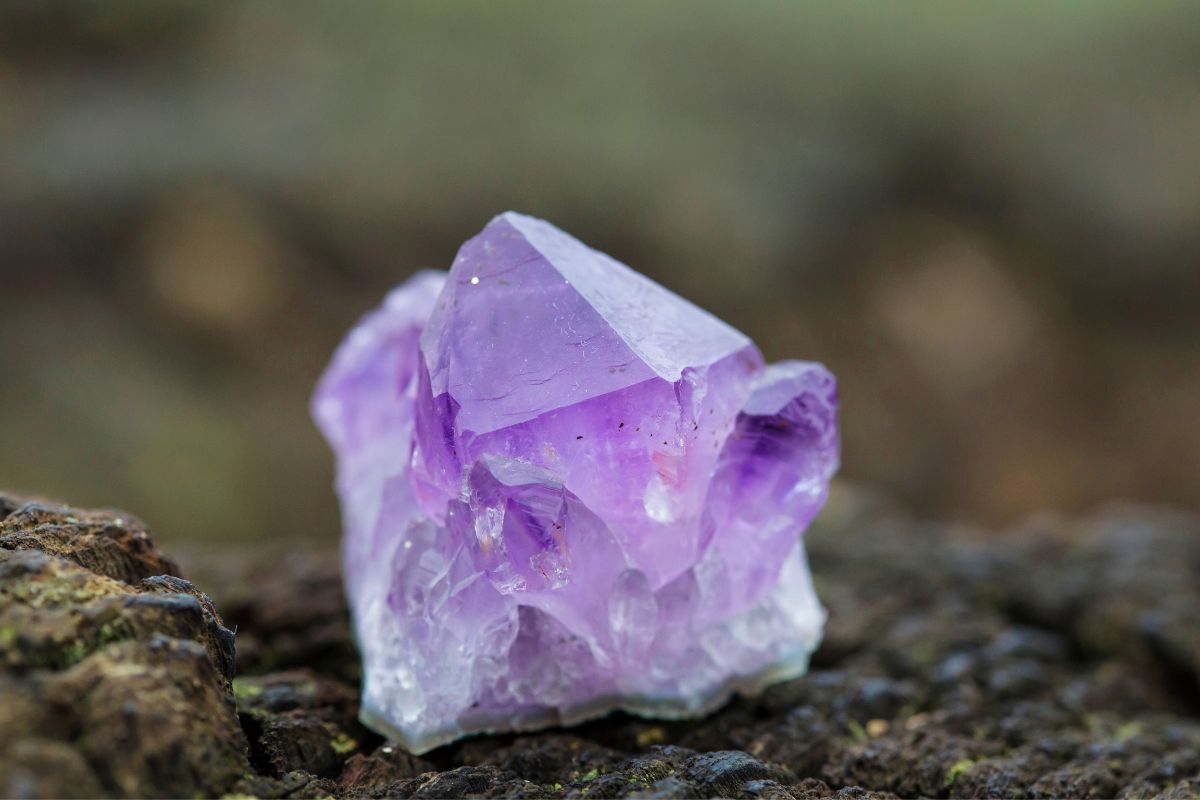 The stone is laced in lilacs, lavender, and deep purple hues. It induces calm, and it can help you tune into a deeper sense of self. The stone also removes the stress and anxiety of everyday life.

You should use it whenever you feel anxious and unable to find peace of mind. 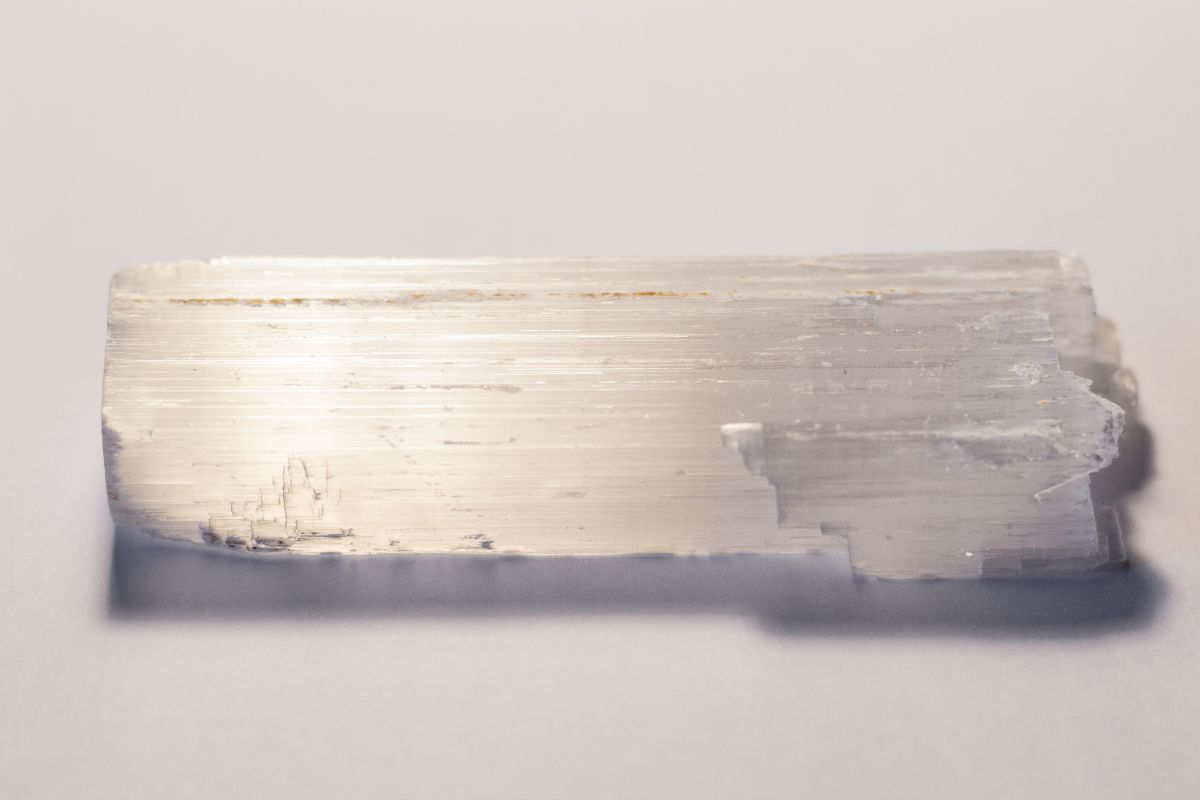 The stone looks a bit like a peach. It brings peace, serenity, and a sweetness to your consciousness. The stone sooths and relaxes and gently encourages you to embrace the art of self-awareness.

You should use the stone whenever you want to access that quiet space of your inner being. 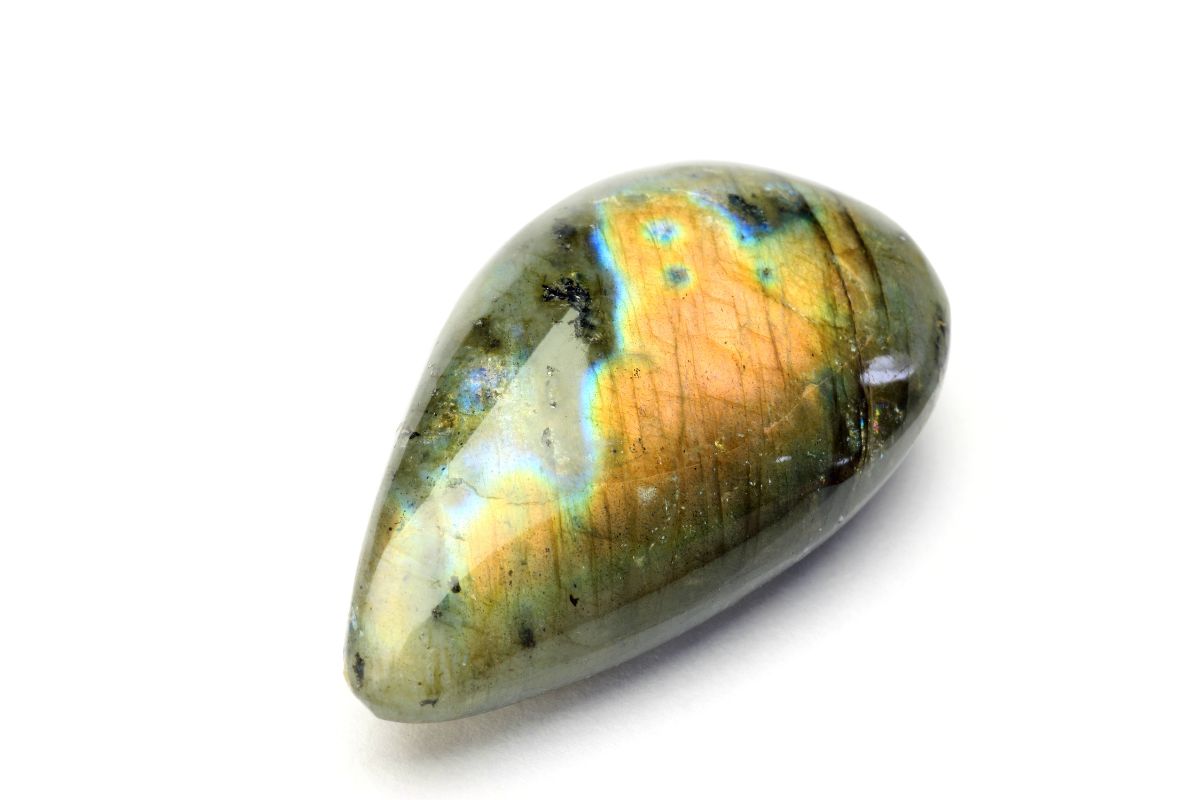 The stone looks like a riot of blues, silvers, and shimmering hues. It is full of high vibrations that can protect you from the fallout of negative thinking. The stone is also a great meditation tool because it resonates with the highest soul star chakra, which can help you recognize your destiny.

You should use it when you are anxious about the future. 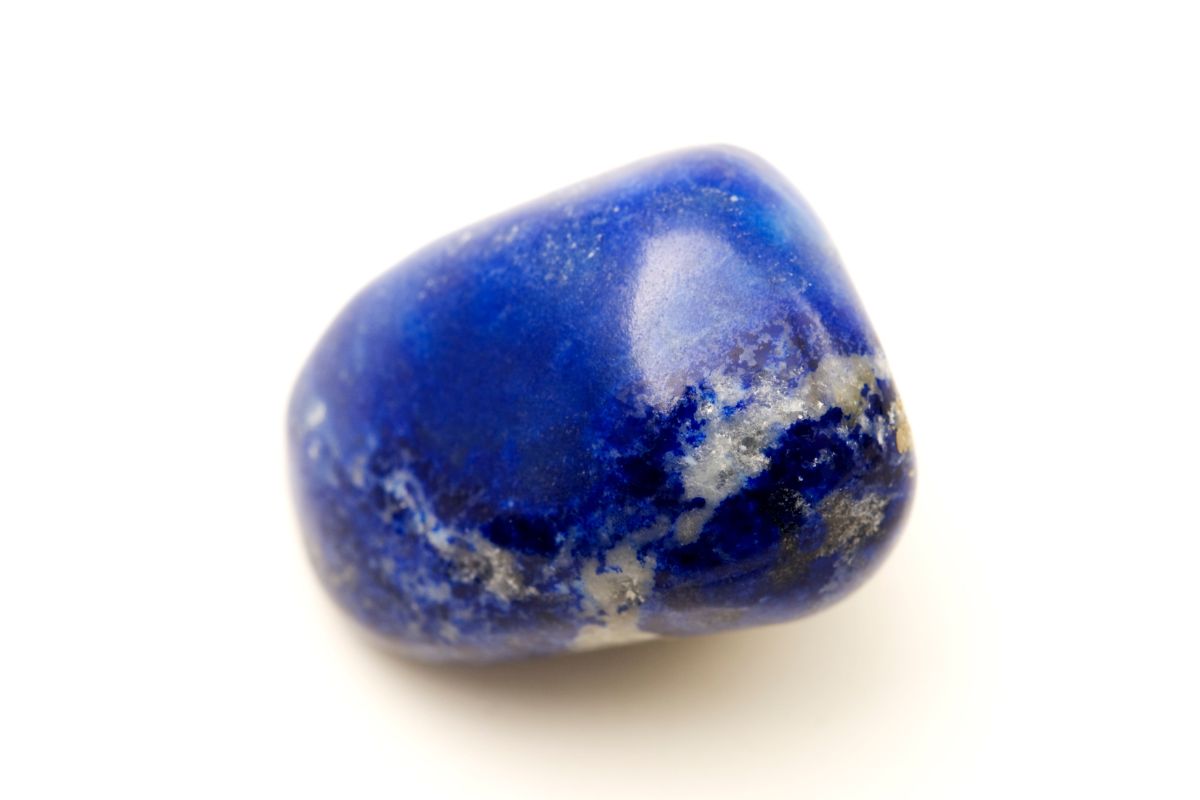 The stone is regal blue with flecks of gold. It brings hope, strength, and knowledge. Indeed, the Lapis Lazuli has long been linked to ancient wisdom and the spirit realm.

You will want to use this stone in sessions of deeper meditation. 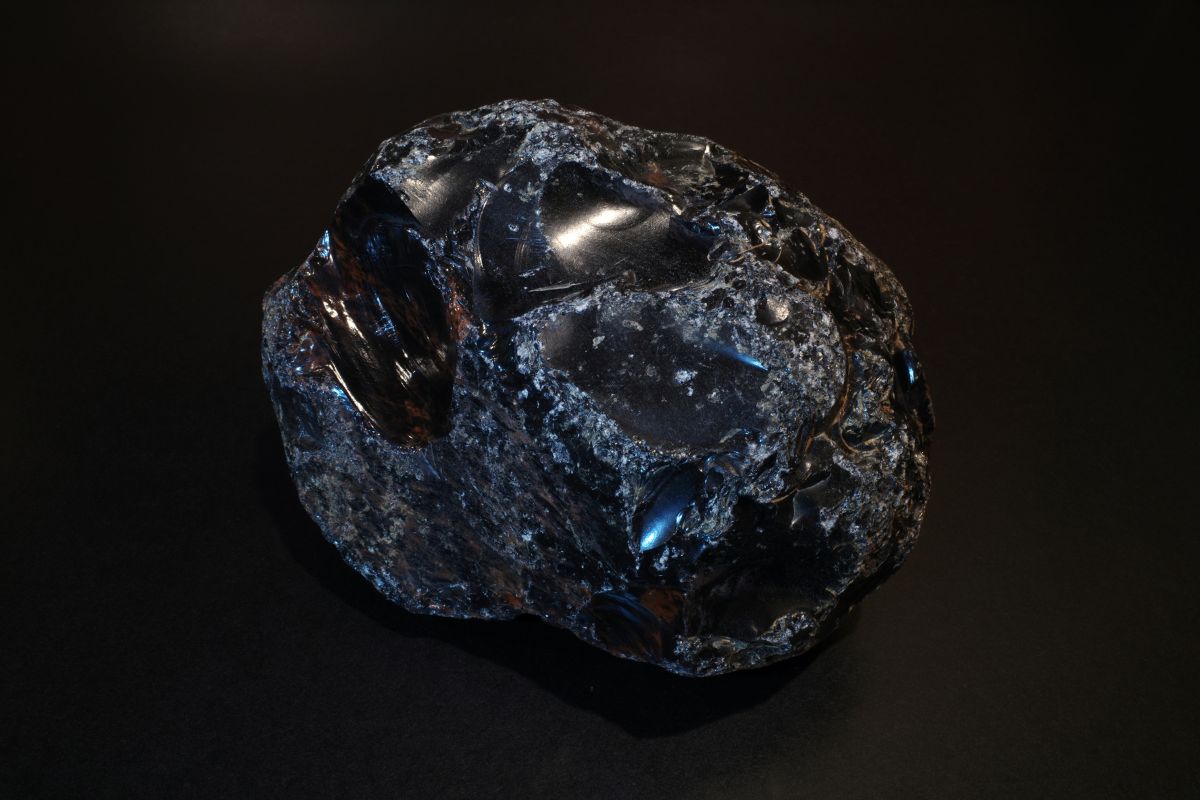 It is dark and polished and as smooth as stone. The stone offers a cloak of protection, and it will help if you sink in a deep state of calm during meditation. 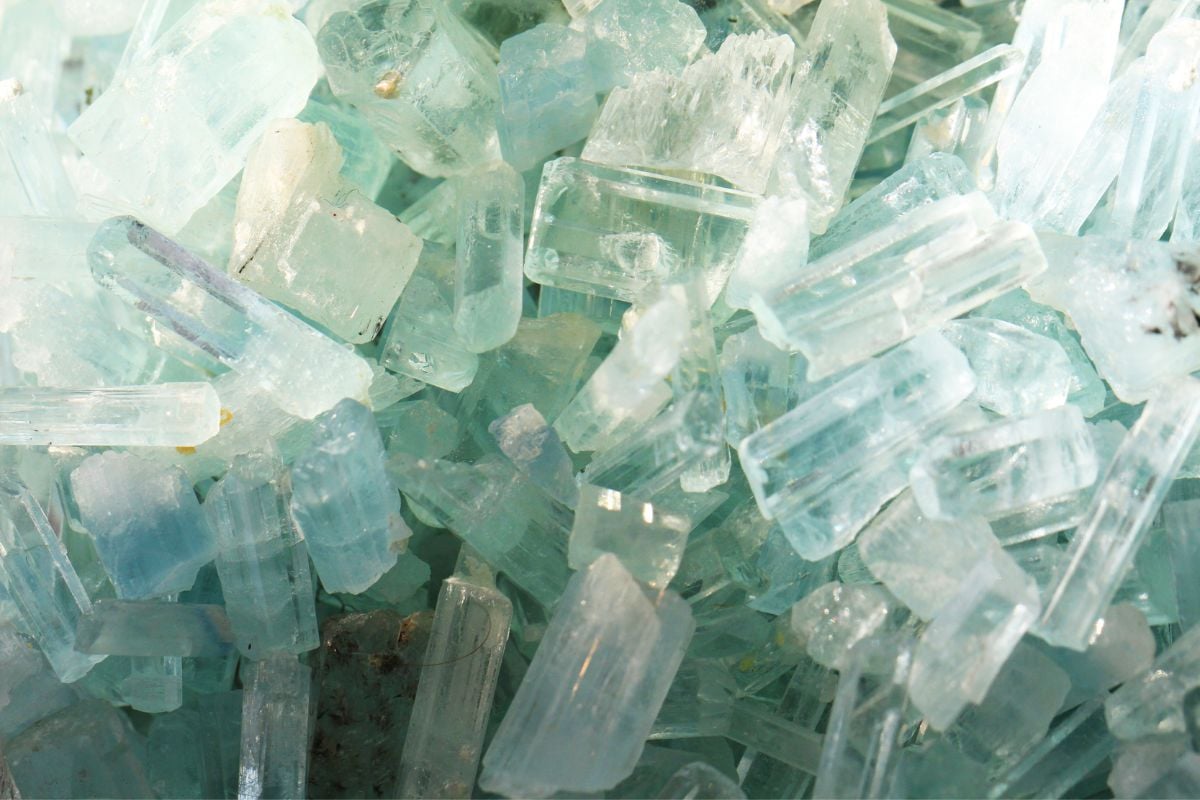 It has a clear blue color, like a fresh and tranquil sea. The stone will help you release all shades of stress and anger. You will be able to move with the flow and let go of negative emotions.

You should use it in visual meditation to wash away toxic thoughts. 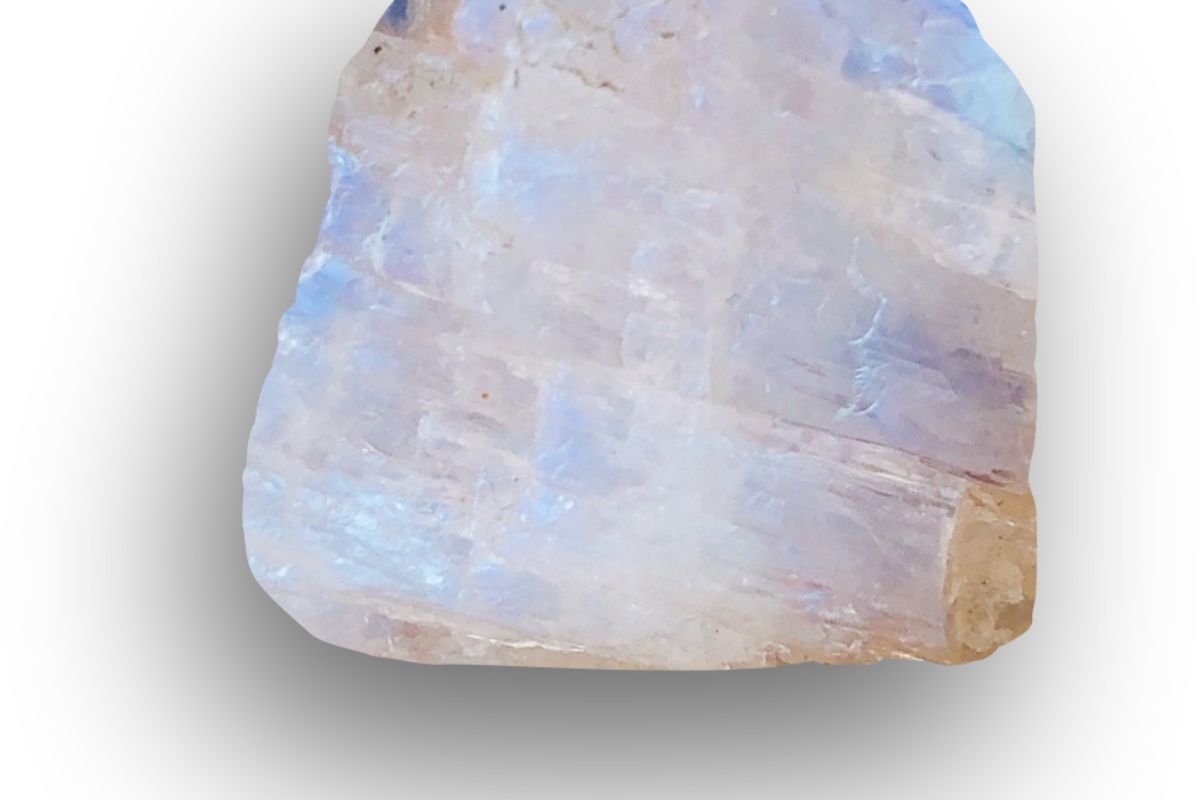 The stone is a glowing gem of gentle feminine light. It will help you embrace present and ancient feminine energy, which helps settle you down. You should use the stone when you are trying to bring emotional balance to your life. 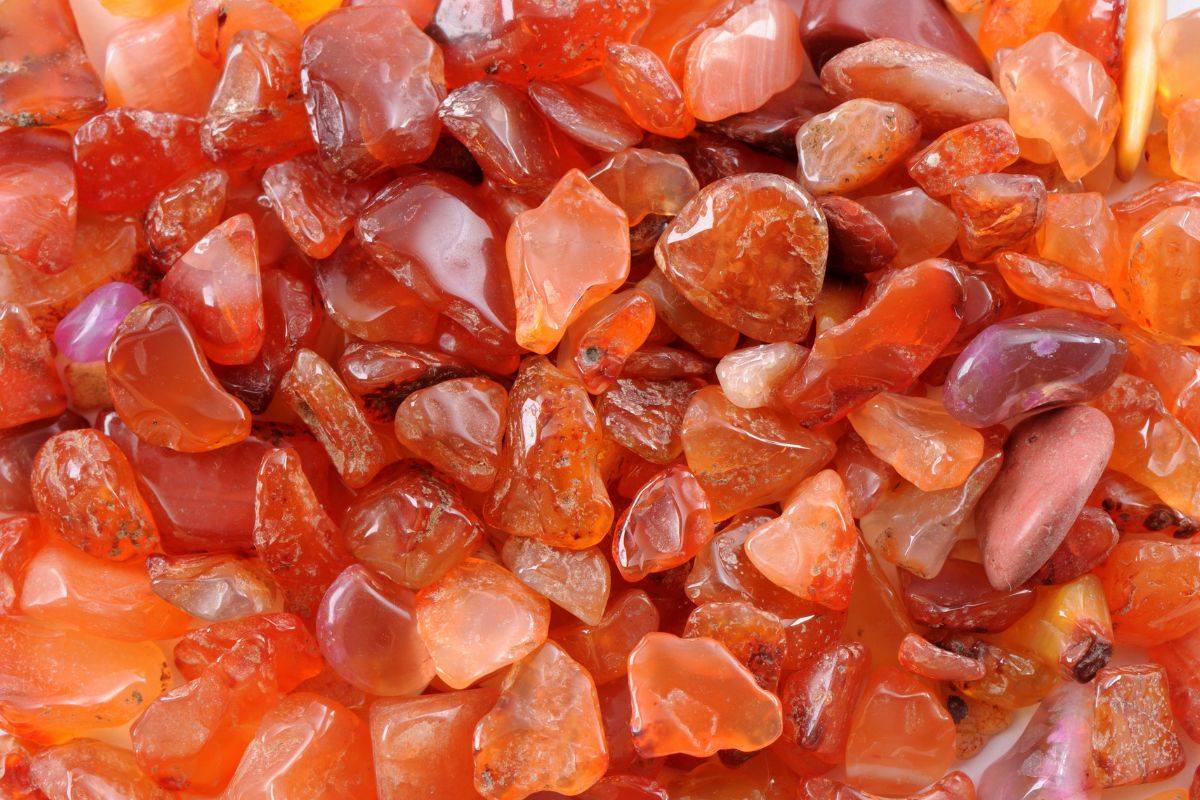 The stone glows red and has flickers of orange. It brings confidence, courage, and creativity. The stone can help you pull out of a slump and into a more energetic space. You should use it when you need a bit of a boost. 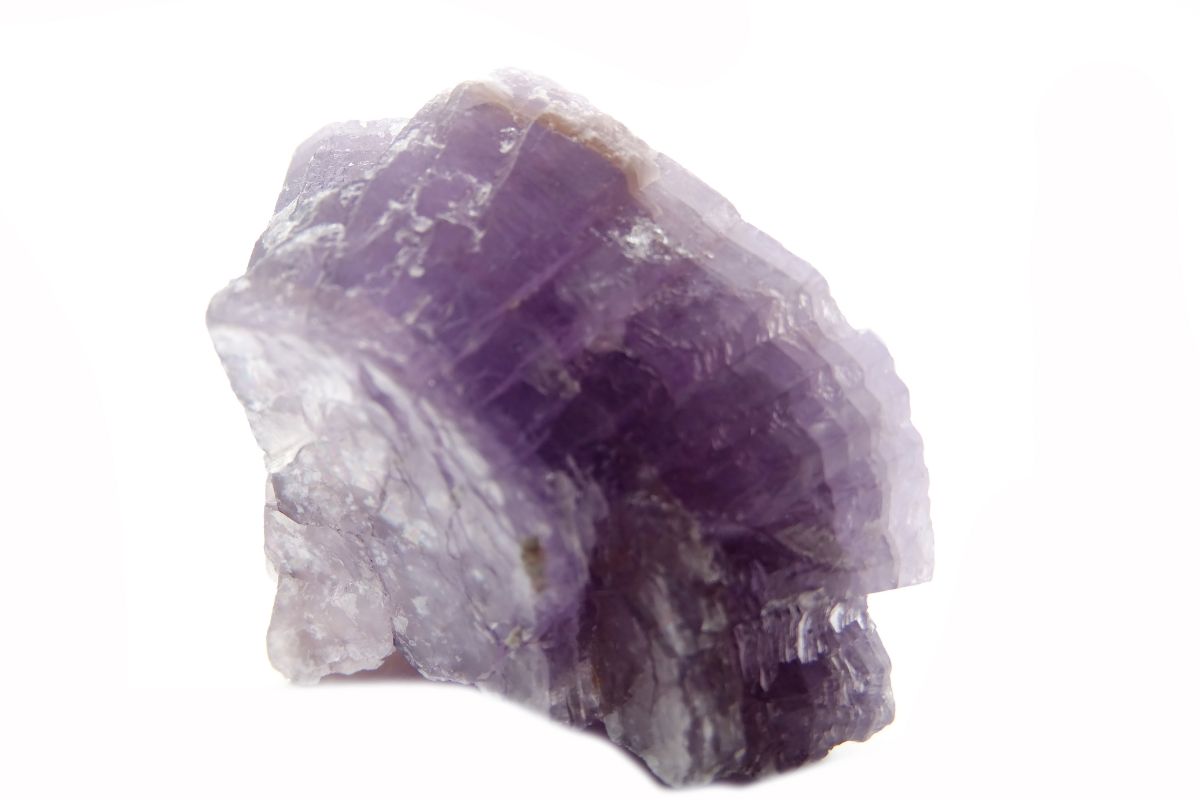 The stone resembles a lilac rose, and it sparkles with silver. Lepidolite is a soul stabilizer that helps ease anxiety and stress. It can clear out blockages from the heart, so it is best to use when you need to find peace and comfort in your life.

A Brief History of Meditation Stones

As long as human beings have existed, they have had an affinity for stones and crystals. The first homo sapiens to walk the earth used talismans and amulets. Beads carved from mammoth ivory date back 60,000 years.

Amulets made from Baltic amber have been dated back 30,000 years, and beads discovered in Britain are believed to have been made 10,000 years ago, at the end of the last ice age. Amulets were banned by the Christian church in 355 CE, but gemstones continued to play an important role as ecclesiastical rings well into the 12th century. Crystals played an important role in the various religions of the world.

The ruby was a highly revered stone in early Buddhism. It represented an inextinguishable flame, and it was supposed that it preserved both the physical and mental health of the wearer. In Europe, from the 11th century through the Renaissance, a number of medical treatises appeared that extolled the virtues of precious and semi-precious stones in the treatment of certain ailments.

During the Renaissance, the tradition of using precious stones in healing was accepted, and the inquiring minds of the period sought to find out how the process actually worked so that they could provide a more scientific explanation.

The healing power of stones was subject to the most intense scrutiny in the 18th century. Indeed, the belief in stones as healing objects fell out of favor in the Age of Enlightenment, as the leading thinkers of the time became more tough-minded and demanded that all such beliefs be backed up by irrefutable evidence. In the early part of the 19th century, a number of experiments were conducted to demonstrate the effects of stones on subjects who believed they were clairvoyant.

There were reports that some of these subjects claimed to feel physical and emotional changes and to experience smells and tastes as a result of being touched by certain stones. There was no verification or follow-up to these experiments. As the 20th century took hold, people began to see these stones in more metaphoric and symbolic ways.

People began to embrace traditions that existed in their families or communities and used these stones during certain ceremonies and celebrations. However, many tribal cultures continue to use meditation stones in healing. The Zuni tribe in New Mexico believes that certain stones represent animal spirits.

Other Native American tribes still hold precious stones such as turquoise to be sacred. The Aborigines and Maoris have traditions and spiritual practices that rely heavily on the healing powers of precious stones. Most of these practices are kept private within their communities.

It should also be noted that there are plenty of examples where gemstones mean similar things to cultures that are thousands of miles apart and have never had interaction with one another. Jade, for example, was considered by the ancient Chinese, Aztec, and Mayan civilizations to be a kidney healing stone. And tribal societies all over the world believe that turquoise gives strength and health and that jaspers confer strength and calm.

Today, meditation stones are associated with New Age culture. The latter began to gain ground in popular culture in the 1980s. New Age culture brought crystals and gemstones back as healing devices in the West.

Much of the practice was drawn from old traditions. However, the explosion of books on the subject has helped to popularize this particular use of stones. Crystals are frequently featured in magazines, and an online community has emerged.

The use of stones for the purposes of meditation has also grained ground. Much of this practice crosses the boundaries of religious and spiritual beliefs, which is why it has become so popular. It is no longer viewed as the domain of alternative culture.

Indeed, many contemporary practitioners of meditation view these stones in more symbolic and non-literal ways. They believe it enhances the efficacy of their meditation routine and brings the kinds of results they want.