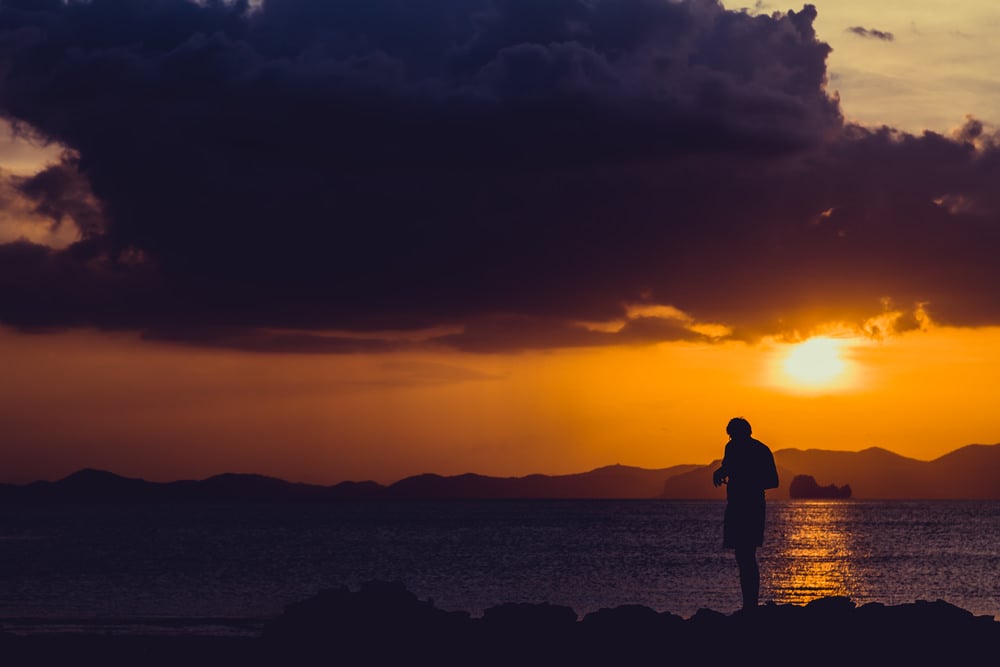 While I drank, I worked out … or I went for a workout when I wasn’t too hung-hover.  As my drinking increased, the number of workouts I got done in a given week became less and less.

Eventually, at some point, I went to the gym to sit in the sauna and hot tub (which isn’t a very healthy thing to do … I didn’t know at the time that using a sauna with a hangover is not very good – read more here).   The sauna was particularly helpful with hangovers … but it didn’t do much to help me stay in shape.

I packed on weight, got a little bloated, couldn’t run a mile … all this while I was in my early and mid-twenties.  I didn’t realize I could put so much weight on my face … I didn’t look very good at all.

Once I quit drinking, I had more time, money and motivation for getting into shape.

As an aside I had been an avid gym rat before my drinking exploded into a major problem.  After quitting, I jumped back into fitness with a vengeance.  I discovered, yoga, resumed weight lifting and started running.  It was fantastic and my health improved quickly.

Initially, I went at fitness in typical alcoholic style … over-doing it.  However, over the following few years I moderated my fitness to 3 to 5 times per week and not going at it too hard.

Like I said above, I over-did the health thing for awhile once I got sober, but it did result in fairly fast, but healthy weight loss.  I went from 225 pounds to 191 pounds.  Here’s how I did it.

I couldn’t run shortly after getting sober, so I walked.  These walks not only help shed weight and burn fat, but it was highly cathartic for me.  I had so much spare time that I these walks helped fill up the day.  Often my walks were 2 hours long when the weather was nice.

Within a few months I started running.  I’d run a couple of minutes followed by walking.  It didn’t take long until I could run 1 mile, then 2 and so on.  I never became a world-class runner, but I enjoy it to this day.

This was my biggest mistake.  I went on a vegetarian kick for 2 years.  At first I was very excited about this new lifestyle.  I lost weight, but I didn’t feel a lot better.  In fact, I was hungry most of the time.  I ate legumes and nuts and tofu … but it just didn’t work for me.

I’m not saying vegetarianism isn’t for everyone; it just wasn’t for me.  After 2 years, I resumed eating meat, but limited meat consumption to 3 times a week.  I also bought organic meat whenever possible.

Once I built up some stamina from walking and was on a healthier diet, it wasn’t difficult to transition from walking-only to running and walking.  In time I was running several miles at a time … something I could never do while drinking.

I love the sauna.  I’m not sure using a sauna without adding physical activity and improving one’s diet will result in weight loss, but I do believe that sitting in a sauna for a good sweat is healthy.  I did this and still do this at least 4 times per week.

Since my early sobriety years, I’ve been fortunate to join a gym that also has a steam room.  Therefore, I do both and I must say that a serious sweat once a day is very cleansing and renewing.  I recommend it for anyone.

As an aside, I don’t like infrared saunas.  I’ve tried them and they’re strange.  I prefer the old school Finnish/Russian model where the sucker heats up with hot rocks.  That said, I’m not so old school that I stoke a fire in my backyard for 24 hours heating up rocks.  I use an electronic heating element sauna at my gym.

After getting sober and becoming a vegetarian, I discovered yoga.  It was those many hours spent in the bookstore where eventually I cracked open a yoga book to see what it was all about.

I was intrigued and bought a Power Yoga book.  I started doing it and liked it.  I liked the idea of getting flexible and the convenience of doing yoga at home.  Within 6 months I had never been so flexible.  I felt good too.

I’ve almost always had a gym membership because I like the sauna and lifting weights.  However, I stopped weightlifting during the end of my drinking days.  After getting sober, I didn’t jump back into lifting weights … but I did within a few years.  By this time I was heavily into yoga and running, but decided it was time to return to my first fitness love … weight lifting.

I started with a fast superset routine, which is simply combining sets to cut gym time by about 40%.  For example, I would do 1 set of chest followed immediately by 1 set of biceps.  No rest in between.  This also provided for an excellent aerobic workout.

Yes, I was really into fitness at this time.  I was excited about health and being healthy.  I didn’t have my drinking handicap anymore and the sky was the limit.

These days I still do supersets from time-to-time.  I also do yoga, but not every day.  My regimen is a balance of lifting weights, yoga, cardio and walking … all activities I enjoy.

Before my drinking got totally out of control, I was a gym rat.  I lifted weights and liked being in shape.  It’s just in time alcohol crowded out my healthy lifestyle.

After I quit drinking, I became interested in health.  I read many books and magazines (this was when the internet was just starting and I didn’t have a computer at the time so I learned about health the old-school way).

Learning about health is a double-edged sword, especially these days.  For every theory there’s an opposite theory.  At first I was convinced being a vegetarian was right for me, but once I got honest with myself after giving it a solid effort, I had to admit it wasn’t for me.  It was strange going from vegetarian to a meat-eater again because I was known for being a vegetarian.  However, the “title” soon disappears.

Health is a broad topic and new studies come out all the time.  There are so many directions you can go … sport performance, basic health improvement, wellness, bodybuilding, yoga, endurance training and on and on and on.

These days I maintain a good weightlifting regimen, running regimen with plenty of high intensity interval training, yoga and … walking.  I’m still an avid walker, only now I walk with my wife and son.

Sure, I’ve had ups and downs weight-wise since I lost that initial 34 pounds (such as Christmas and after the birth of my son when all bets were off for a couple of months), but I’ve ingrained into myself a truly healthy lifestyle that maintains a healthy weight.  More importantly, I feel good and am excited about staying healthy and lean.

I’ve learned that there is no one magic “get healthy” or “lose weight” formula.  It really boils down to getting a little more active and eating better.  Within those two parameters are many options … so many that anyone can find an activity they like and easy, painless ways to improve diet.

Besides, simply not drinking will reduce caloric intake big time.  Alcohol packs on pounds like crazy.

Therefore, you don’t need to get into health as rigorous as I did … just make a few simple changes and you can lose weight, feel better and be more fit.

If you are in the early stages of sobriety and have “comfort foods” that get you through the day, don’t make any radical change that will jeopardize your sobriety.  You can work on the comfort foods later.  Drinking is the worst thing you can do to your health.  Remember, one step at a time.