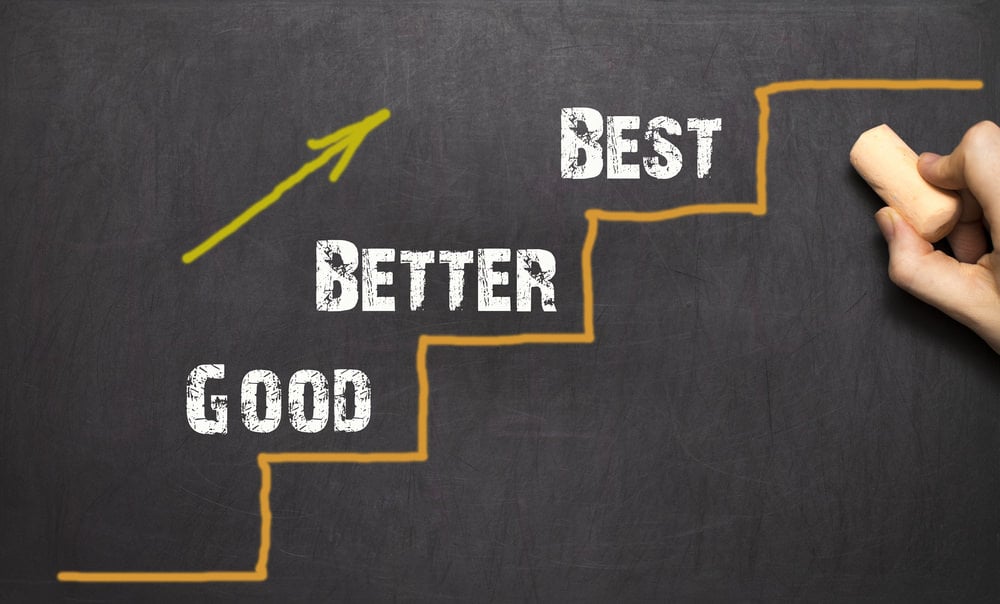 I remember clearly the first morning after a particularly bad drunk when I had the thought “I want to quit drinking.”  I was in college at the time.  Like many alcoholics, just because I had that thought didn’t mean I would actually stop drinking.  In fact, I took no steps to stop.

However, from that incident going forward, the frequency of my resolving to quit drinking the mornings after getting drunk increased, until I really blacked out nearly an entire weekend.  The following Monday I decided I had to do something, but I didn’t know what.  I never asked myself what’s the best way to quit drinking alcohol … I just wanted to slow down or quit with a method that wouldn’t be an imposition on my life (little did I realize the just how difficult and the degree of an ordeal stopping would cause me over the ensuing years).

Contents show
What is the best way to stop drinking?
The following sets out ways people do quit drinking
How about drinking less? Is this a good idea?
Anyone can quit drinking … the key is having happy sobriety

What is the best way to stop drinking?

There is a difference between stopping drinking and living a happy sober life.  This is important element in my addressing this issue.

I don’t believe there is one best way.  Many people quit via different methods and programs.  Some people simply quit on their own.  In my view, what needs to happen in order to quit boozing is that the addict must have an epiphany where a major internal shift occurs and happy sobriety results.  Whatever method works for an addict is the best method.

The following sets out ways people do quit drinking

Cold turkey on your own

For some people, yes.  But, in my view they must have an epiphany.  In fact, the end-goal of any alcohol recovery program is to result in an epiphany for the addict.  This is why I don’t believe there is “one best way to stop drinking.”  In my view, any way that an epiphany results works.  Some people get help via literature and books.

That said, cold turkey does not result in a high percentage of success because there isn’t process involved (unless it’s self-directed) to result in an epiphany.

Treatment centers work.  There are literally thousands of them worldwide.  They use all kinds of programs, but the end goal is to deliver to the addict an internal shift where sobriety is a new way of life.

Treatment centers are a stop-gap in that they do get people sober, but they can’t keep people sober in the long run.  Even long-term overnight facilities can only do so much. They are great for helping people stop drinking and get sober, but eventually you leave and must live sober on the outside.

AA is simply a vehicle for getting to zen sobriety.  Yes, you can make terrific friendships in AA.  Yes, AA meetings offer you something to do (helps with boredom and loneliness).  Yes, there’s inspiring literature.  But the real key with AA is putting the plug in the jug and doing the steps for the internal shift/epiphany to occur that results in long term happy sobriety.

For some people, AA works immediately.  For other people (like me), AA takes a while.  Unfortunately for some people, AA simply doesn’t work.  Fortunately, there are non-AA programs and treatment centers that resonate better for them.

Self-help is a huge industry and there’s inspirational self-help information, books, websites, guides, programs, DVDs, CDs that do help people make monumental changes in their lives.  I enjoy some self-help literature.  I read more in early sobriety.  These days I don’t read too much, but I definitely acknowledge that it can be helpful and does help people make critical changes in their lives such as quitting drinking alcohol and stop using drugs.

Can self-help literature alone get and keep you sober?

Yes, it can.  The chances are less than going the treatment center route and/or AA; however, it can work.  Again, the literature (example here) and your efforts must result in a profound internal shift akin to an epiphany where a life of sobriety results.

I’m not terribly familiar with using the Internet for getting sober.  I participate on one forum, but that’s about it.  However, for people in remote areas, living abroad and for people who prefer giving and receiving support online, I see no reason that online support/chat rooms, forums, meetings, literature, etc. can’t get people sober and stay sober.  I’m sure it happens all the time.  Again, I have little to no experience in this realm, so that’s everything I have to say about it is mere speculation.

Caution though:  The internet is rife with fraudsters who prey upon vulnerable people.  Be very careful what you reveal.  Anonymity is something you should protect.

I’ve never been to a psychologist or therapist, so again, I’m speaking from no experience.

However, there are addictions specialists that work one-on-one with people suffering from addiction.  I see no reason why one-on-one counselling shouldn’t work.  It’s used in treatment centers and recovery homes.  Many AA members seek counselling on the side.

I’ve never attended a non-AA support group for addiction recovery.  Therefore, I have no idea what they are and how successful they are for helping people to quit drinking.  You’re welcome to try, but they are far less available than AA meetings, which are everywhere.

How about drinking less?  Is this a good idea?

I’m not one to tell people what’s a good idea and what’s not a good idea.  My aim with Zen Sobriety is to share my experience with addiction and recovery.  I can tell you that I tried cutting back on my drinking, but it never worked.  For a week I’d stick with my drinking plan, but in no time I’d be drinking into a blackout.

In my experience, if you are an alcoholic, abstinence is the best path.  There’s a saying “one drink is too many and a thousand is not enough!”  That saying rings true for me and for alcoholics generally.

However, if you don’t want to quit, by all means try cutting back.  If you’re an alcoholic, the best you can hope for is being a functional alcoholic … but for me, that’s no way to live either.

Anyone can quit drinking … the key is having happy sobriety

Anyone can stop drinking for a month, 6 months, 2 years … but the key is having happy sobriety.  I know from personal experience.  I was sober for 3 years and decided to go back out drinking.  Yes, I made that decision.  I was attending AA, reading self-help literature … doing what I could, but I was miserable with a capital M.  I figured if I’m going to be miserable, I might as well drink.

Fortunately, after 2 years of further drinking, I hit a bottom so bad and so shameful that I did enjoy that internal shift of acceptance and a willingness to really change.  I was lucky.  It wasn’t anything I did.  My efforts never really did anything for me.  This is why I believe there are many ways to quit drinking alcohol … each of us respond to stimuli differently.

That said, AA does work for millions of people.  Many people who go to treatment centers, detox centers and recovery homes end up in AA for a reason … because it works for so many.

So, based on my experience and observations, if I did have to answer the question “what is the best way to quit drinking alcohol?” I’d have to answer AA, in that AA helps people not only stop drinking, but live happy, productive lives.